Frightening History Of The Devil’s Tree In New Jersey 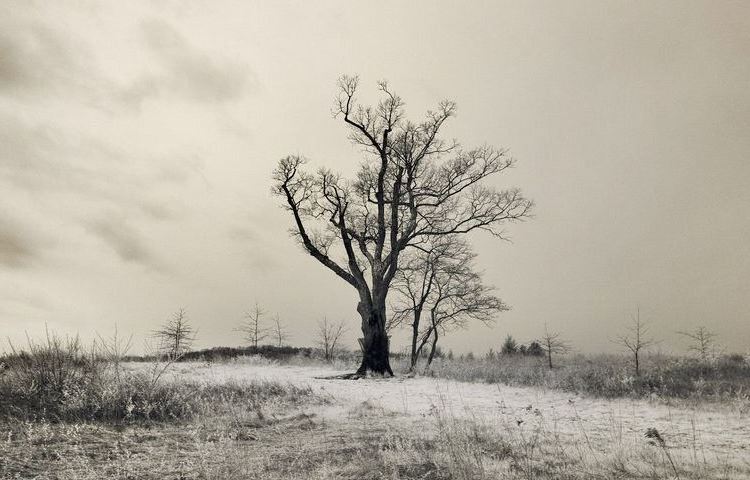 In an open field near Bernards Township, New Jersey, is an old oak tree. The tree when it stands with a lesser gown of leaves in the colder months takes on quite a sinister appearance. Legend has it that this tree, cursed with the souls of the many who died from its branches, is not to be trifled with.

Around the trunk is a chain-link fence that prevents people from making their mark. If you look through the fence you can see the many cuts, scarred into the bark and wood from the hundreds, perhaps thousands, of axe swings by those tempting fate.

Some of these cuts are quite deep and more than once it looks like the teeth of a chainsaw has bitten through to the heartwood, yet no one has succeeded in cutting it down, the tree still growing strong despite its wounds.

A story, a legend, exists that states that anyone who attempts to cut down the tree will be cursed – injury and death coming for them in the form of a car accident.

The other penalty for marking the tree with a blade concerns a black pick up truck that chases the offender down. People believe this vehicle to be driven by a demon or perhaps the devil himself.

The truck appears from nowhere, chasing those who dare defile the tree, out of the paddock and down the road, before disappearing to lay in wait for the next group of courageous (or foolish) people. 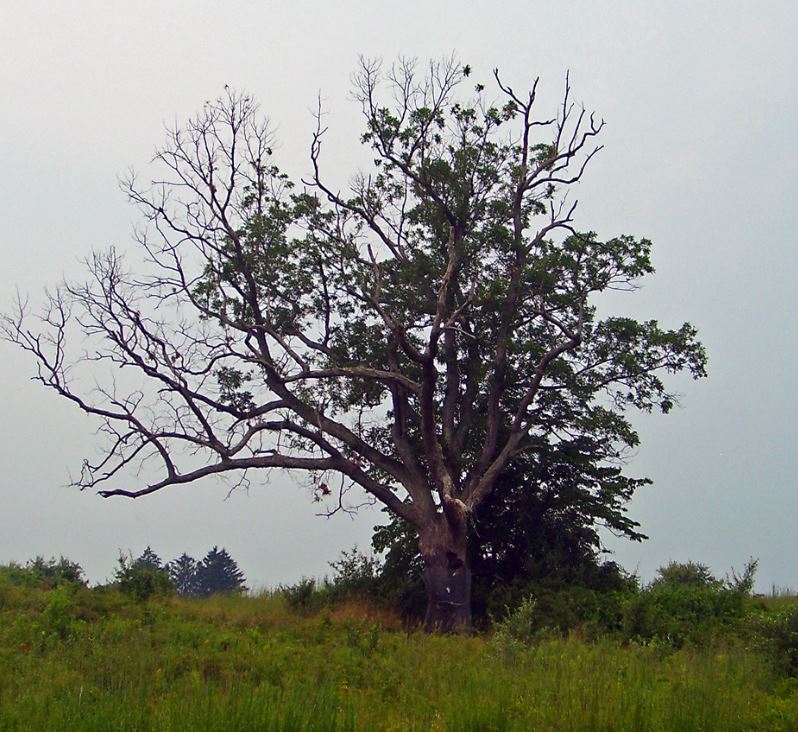 It sounds like the stuff of a classic horror movie but there are many who take parts of the legend seriously, especially the stories concerning how the tree became cursed.

Earlier in its history, Bernard Township was said to have quite a large number of KKK members. As with the style of the organization, at times they would lynch men and women (possibly children) from the African-American population.

In those days the area near the tree was much more secluded and set away from the population center of the town. It was from the boughs of this old oak that people would be hanged by their neck till they were dead.

As the tree was so far out of the township, the bodies may not have been cut down for some time, slowly swinging backwards and forwards in the breeze, until the police were informed or a kind passerby set to the work.

Psychics believe it is the dark energy from these events that have given the tree it’s curse.

Several suicides have also said to have taken place in the branches of the tree including that of one man who murdered his entire family and then hanged himself.

The hanging branch that grew horizontally out from the tree existed until recently when it was removed in an effort to lessen the want of people trespassing onto the field to visit this macabre piece of local lore.

Many times dummies and mannequins have been strung from the branch creating a very disturbing site for the passer by, especially in those who have heard the stories.

Some people who have taken the risk, usually on a dare, to climb the tree say they have heard sounds as if people trying the scratch and pound there way out from the inside.

Those who have taken a souvenir from the tree, breaking off a piece of bark and chopping a chunk out, tell of even more curious events, waking up to find an old man standing at the foot of their bed, seeing shadowy figures out of the corner of their eyes or worse still their hands turning black for a time before returning to normal.

The township’s plans to develop the land where the tree is located might have required its removal, but the township decided to protect the tree and keep it intact. In 2007, a sign was posted at the site stating when it is open to the public. The Devil’s Tree was surrounded by a chain-link fence following vandalism.