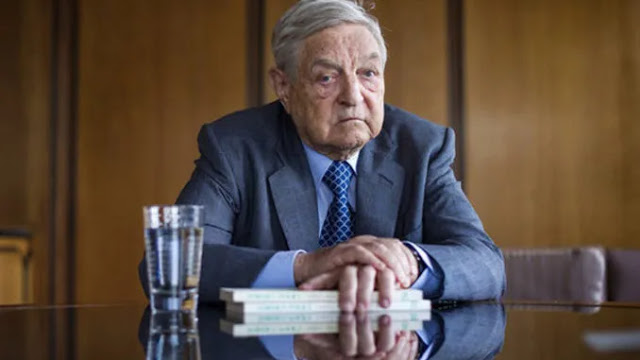 Globalist billionaire George Soros has predicted the the coronavirus pandemic will destroy the globalist EU project.

Soros issued the warning during a Monday interview with British newspaper The Independent.

“I am particularly concerned about the survival of the EU because it is an incomplete union,” Soros admitted.

“The wheels of justice move very slowly, while threats such as the Covid-19 virus move very fast.”

Dailymail.co.uk reports: Soros went on to explain why he was taking Germany’s bombshell ruling on the European Central Bank ‘very seriously’.

The German Constitutional Court last week gave the ECB three months to explain the proportionality of its bond purchases or risk losing Germany’s Bundesbank — one of 19 national central banks that are members of the ECB — as a participant. It also called on the German parliament and government to challenge the ECB on the matter.

Soros believes the move could ‘destroy the European Union as an institution based on the rule of law’ because it was ‘delivered by the German constitutional court, which is the most highly respected institution in Germany.’

When questioned on whether the coronavirus pandemic could change the face of capitalism, the billionaire conceded that everything is ‘up for grabs’ although it is impossible to predict ‘how capitalism will evolve’.