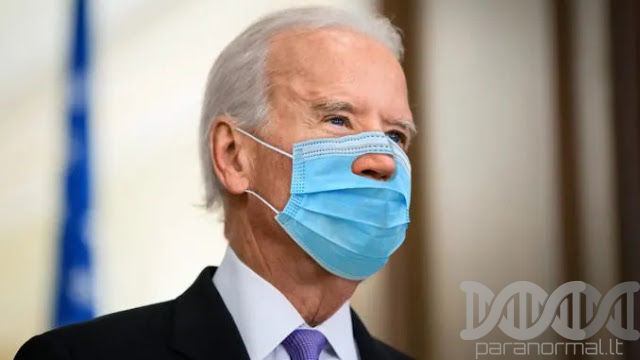 Presumptive democratic nominee Joe Biden has claimed that 10 to 15 percent of Americans as “not very good people”.

Biden was speaking with supporters in a virtual town hall on Thursday night, where he also accused President Trump of dividing the nation.

His remark is reminiscent of Hillary Clinton’s 2016 ‘basket of deplorables’ gaffe and some say it will damage his campaign.

I assume @JoeBiden is including his corrupt son Hunter in that 10 to 15% of Americans who are #NotVeryGoodPeople? https://t.co/YO1N6SCZys

RT reports: Biden made the comment during a virtual discussion that included ‘Avengers’ actor Don Cheadle.

“Do we want our kids — do we really think that this is as good as we can be as a nation? I don’t think the vast majority of people think that. There are probably anywhere from 10 to 15 percent of the people out there that are just not very good people. But that’s not who we are,” the former vice president said. “The vast majority of people are decent. We have to appeal to that and we have to unite people.”

With the US containing a population of over 300 million people, Biden’s comment could refer to up to 50 million citizens.

In the same chat, Biden called on Trump to do a better job unifying the country amidst violent protests across the nation.

“Look, if elected, my view is that you will have to address these issues straight on,” he said. “So when a president stands up and divides people all the time, you’re going to get the worst of us to come, the worst in us to come out.”

Biden’s “10 to 15 percent” comment already has people questioning the wisdom of alienating such a large portion of the country ahead of a presidential election.

Joe Biden says that about "10 to 15 Percent" of Americans are "not very good people." pic.twitter.com/xwd1W6tLrr

Donald Trump Jr. tweeted on Friday Biden is not including “the looters burning down communities” when he speaks of “not very good people.”

Who is he including in that?

Christians who want to go to church?

Small biz owners trying to save their companies?

Because something tells me, he's not talking about the looters burning down communities!

Pundit Griff Jenkins also went after the comments on Fox News’ Fox & Friends, warning the presumptive presidential nominee for the Democrat Party: “don’t alienate your base, don’t alienate any voter for that matter.”

“Joe Biden would like most of those people to vote for him,” co-host Steve Doocy added.

“I do want to hear who this 15 percent is. Are they Democrats? Are they Republicans? Is it 15 percent of all of America? Hopefully he will explain,” Ainsley Earhardt added.

Others compared the moment to Hillary Clinton’s infamous “basket of deplorables” gaffe from the 2016 presidential election when the former presidential nominee was referring to Trump supporters, a comment many saw as incredibly damaging to her appeal to right-leaning voters.