Joe Biden Will Get His Coronavirus Vaccine Publicly On Monday 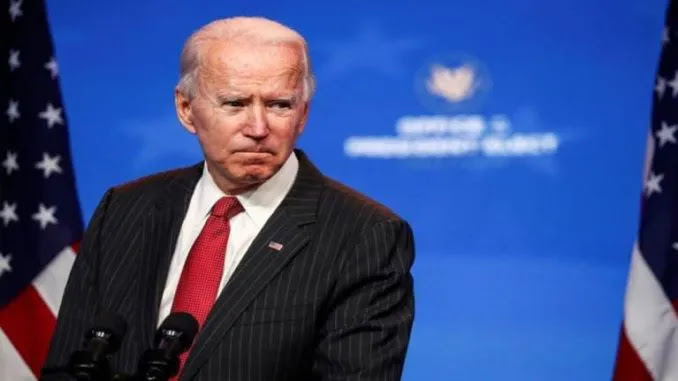 (Paranormal) Joe Biden and his wife Jill Biden are set to receive their coronavirus vaccines publicly on Monday.

Jen Psaki, who Biden selected as White House press secretary, said: “It’s important to us, as he’s stated many times, to send a clear message to the public that it’s safe,”

Breitbart reports: The event will take place publicly in Delaware. Vice President-elect Kamala Harris and second gentlemen Doug Emhoff will receive the vaccine one week later “to avoid a situation in which all of the leaders of the incoming administration experience side effects at the same time,” according to Politico.

Psaki said the decision is “based on a recommendation by our medical and health experts.”

Biden will not be the first political figure to receive the vaccine publicly. Vice President Mike Pence publicly took the Pfizer vaccine on Friday on live television.

“Karen and I wanted to step forward and take this vaccine to assure the American people that while we cut red tape, we cut no corners,” Pence said, adding that he “didn’t feel a thing” when the shot was administered:

Today, with confidence in science & at the direction of the Office of the Attending Physician, I received the COVID-19 vaccine. As the vaccine is being distributed, we must all continue mask wearing, social distancing & other science-based steps to save lives & crush the virus. pic.twitter.com/tijVCSnJd7

Now back to continue fighting for a rescue package including a lot more money for distribution so more Americans can receive it as fast as possible. pic.twitter.com/kSBhI3EzzM

Earlier this month, Biden revealed his plan for 100 days of universal masking as part of his effort to combat the Wuhan virus, requiring face coverings “wherever possible.”

“My first 100 days is going to require — I’m going to ask for a masking plan. [I’m asking] everyone, for the first 100 days of my administration, to wear a mask,” Biden announced.

“We’re going to require masks wherever possible, but this goes beyond government action. And so, as a new president, I’m going to speak directly to the American people and say what I’m saying now,” he continued, urging Americans to “mask up for 100 days.”