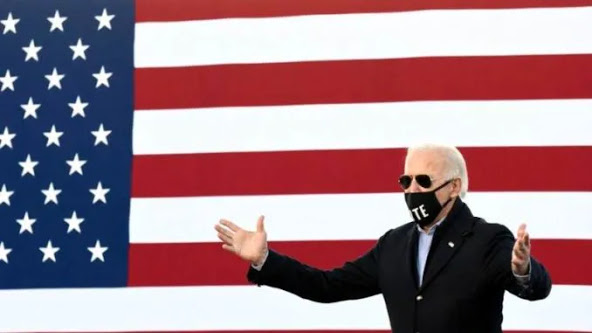 (Paranormal) Joe Biden said his team plans to “manage the hell out of this operation,” to hit the ground running on vaccinating Americans against Covid-19.

On Friday Biden vowed that he would activate the Federal Emergency Management Agency and the National Guard to help get the vaccines to millions of Americans.

CNET reports: While outlining his administration’s plan at an event in Wilmington, Delaware, Biden said his top priority when he takes office next week is to vaccinate Americans against the virus, as the pandemic continues to rage throughout the country. Previously, he pledged his administration would administer 100 million COVID-19 vaccine doses in his first 100 days in office. With current vaccines requiring two shots, that would cover 50 million Americans.

“You have my word, we will manage the hell out of this operation,” Biden said during the press briefing Friday.

The President-elect said 100 federally funded vaccine clinics will be launched within the first month of his term, which begins Wednesday. The plan also calls for mobile clinics to be deployed in urban and rural areas that are hard to reach. Pharmacies across the country will also be used to distribute the vaccine as the number of Americans eligible to get it expands, Biden said. This will let people get vaccinated just miles from their homes and will allow them to schedule those appointments at their convenience.

Biden also said he’ll invoke the Defense Production Act to “maximize the manufacture of vaccines and vaccine supplies for the country.” The Biden team had previously hinted at using this wartime production law, which lets presidents compel companies to prioritize manufacturing for national security purposes.

Activating the Defense Production Act will increase the supply of the necessary equipment used to manufacture and deliver the vaccine, Biden said. Companies will be directed to make everything from more personal protective gear to vials to hold the vaccines to syringes used in injecting the vaccines. Biden said during his speech that his administration has already worked with manufacturers and has them lined up to start production.

The Biden administration has criticized the outgoing Trump administration for its current vaccination efforts, which have been slow to roll out the vaccines since they were approved last month by the Food and Drug Administration. Biden said his plan is meant to jump-start those efforts. But he said it’ll require significant funding from Congress.