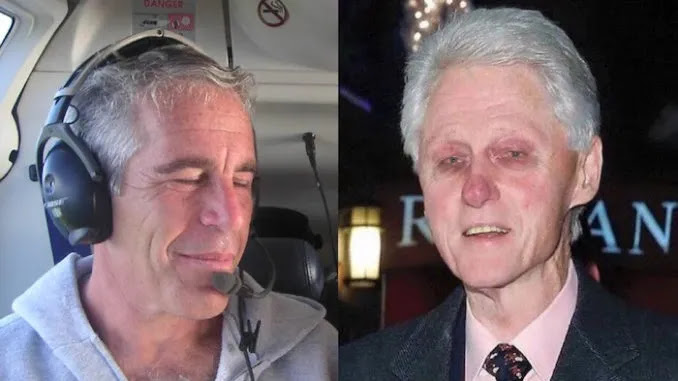 A federal judge in Manhattan on Thursday ordered the unsealing of documents from a civil lawsuit against Ghislaine Maxwell — the madam of convicted pedophile Jeffrey Epstein — as she faces an array of sickening child sex-related charges.

Over Maxwell’s objections, U.S. District Judge Loretta Preska in Manhattan said the presumption the public has a right to access large portions of the more than 80 documents at issue outweighed Maxwell’s arguments for keeping them under wraps, including that they could prove embarrassing. […]

Preska also said personal identifying information contained in the documents, as well as the names of many “non-parties,” will be redacted. […]

They include flight logs from Epstein’s private jets, deposition testimony in 2016 in which Maxwell’s lawyers said she was asked “intrusive” questions about her sex life, and police reports from Palm Beach, Florida, where Epstein had a home.

The flight logs and other records are part of a lawsuit brought by Jeffrey Epstein accuser Virginia Giuffre against Maxwell that was settled in 2017.

Fox News reported in May 2016 that Clinton went on at least 26 trips aboard Epstein’s plane — the “Lolita Express” — between 2001 and 2003, according to flight logs from the Federal Aviation Administration. Listed as the destination for those trips were exotic locales like the Azores, Singapore, Brunei, Norway, and Russia, among others.

On at least five of those excursions, the flight logs denote that Clinton was not accompanied by any Secret Service personnel. The former president, though, did occasionally travel in the company of Maxwell and Sarah Kellen, Epstein’s former assistant.

Breitbart report: Thursday’s ruling comes as federal authorities continue to hold Maxwell without bail since her July 2 arrested at her New Hampshire residence.

Last Tuesday, U.S. District Judge Alison J. Nathan ruled Maxwell was a flight risk, citing the 35 years she faces in prison if convicted. Maxwell has pleaded not guilty to all charges.

Maxwell, currently imprisoned at a Brooklyn detention center, reportedly believes Epstein was murdered in his prison cell and fears she could meet the same fate, a family friend of the alleged madame recently divulged to The Sun. “Everyone’s view, including Ghislaine’s, is Epstein was murdered. She received death threats before she was arrested,” the former friend also told the British tabloid paper.

Maxwell is the daughter of the late British media magnate Robert Maxwell and was frequently seen at Epstein’s side in a high-profile social life among leading figures from the worlds of politics and the arts.