Nearly A Dozen Earthquakes Shook Yellowstone Over The Weekend 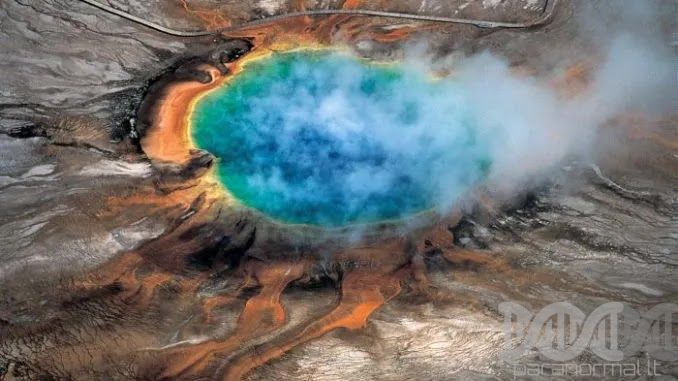 Eleven earthquakes shook an near Yellowstone National Park on Friday according to the United States Geological Survey.

The largest earthquake reported in West Yellowstone in Montana measured a magnitude of 3.1.

According to the USGS, earthquake swarms can be a possible sign of magma moving towards in the subsurface of a volcano getting ready to blow.

Science Alert reports: The area has been hit by an additional 34 quakes in the past month, according to Idaho Statesman.

The other quakes ranged between 1.6 to 3.1 magnitudes and were about three miles (4.8 km) deep.

A swarm of earthquakes is not unusual for the area. Yellowstone is one of the most seismically active places in the US, experiencing around 700 to 3,000 earthquakes every year, according to the national park’s website.

The earthquakes tend to occur in clusters. The largest occurred in 1985 when more than 3,000 earthquakes were recorded in three months on the northwest side of the park.

The park is also well-known for its supervolcano. The US only has two supervolcanos: one at Yellowstone and another at Long Valley in California.

The Yellowstone one is measure about 34 by 45 miles (54 by 72 kilometres), and is as little as three miles (4.8 kilometres) below the surface.

Scientists don’t think Yellowstone’s supervolcano would be erupting soon (at least not in the next thousand years). Despite it being the subject of many apocalypse fantasies, the odds of it erupting within a given year are one in 730,000, according to the US Geological Survey. It last erupted 174,000 years ago.

However, in the unlikely case, the supervolcano was to erupt – with the force of 1,000 Hiroshima atomic bombs – it would cause massive destruction in the US, along with other devastating natural phenomenons, including acid rain.