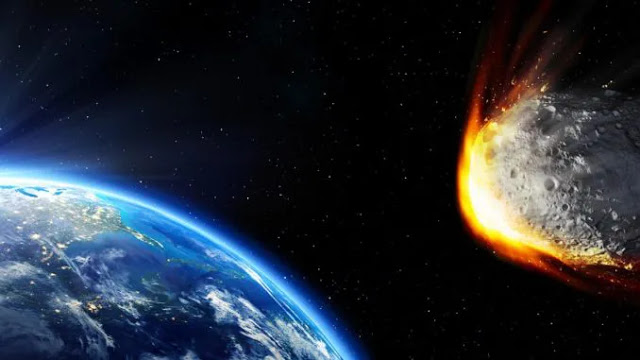 NASA has warned that on September 1 we are set for a close encounter, when a 28-meter space rock – officially known as 2011 ES4 – is due to skim past Earth.

NASA has labelled it a “Potentially Hazardous Asteroid” because of possible risk it poses to our Earth.

According to Pastor Paul Begley even larger space rocks could be heading towards earth and he is certain that this means biblical doomsday prophecies are about to come true.

“It’s been confirmed, incoming fireballs, apocalyptic, headed in our direction,” the self-proclaimed End Times prophesier forecast in a recent video on his YouTube account.

Sputnik news reports: The asteroid in question, 2011 ES4, is expected to pass by Earth at a distance less than that between our planet and the moon, on 1 September, though, as the Daily Star points out, this space rock does not seem to be posing any threat.

Pastor Paul Begley, however, who has previously made claims about “brimstone and fire falling from the heavens”, now suggests that dangerous space debris may be on its way to Earth, the newspaper notes.

“It is prophesied that apocalyptic fireballs will fall. We’re getting confirmation they are coming”, the pastor announced. “I’ve been talking about this for a decade because we knew, according to the Bible, we knew it was coming – even without scientific proof. Even Stephen Hawking says the Earth will be consumed in fire in 2600. I think it’s gonna be way way sooner than that because the Bible says it in second Peter, chapter three.”

Having mentioned “tiny fireballs” that exploded over Russia and Japan in 2013 and in 2017 respectively, as well as those that “have been falling all around the world” lately, “could be and is a sign according to scientists of larger objects that are incoming”.

“Here’s what scientists are finding out: the debris field that’s coming is a precursor to the bigger rocks that are coming behind it,” Begley declared. “The little rocks, in an explosion somewhere in the cosmos, sent millions and billions of rocks headed in our direction.”

The pastor also brought up biblical quotes about how Earth will “melt with a fervent heat” and “reel and rock like a drunkard” one day, the newspaper notes.

“This is scientific proof that fireballs and asteroids are heated in our direction. Meteorites are coming!” he declared.