‘She Will Not Be Speaker of The House’: Pelosi To Lose Role and Control of Floor, Says McCarthy 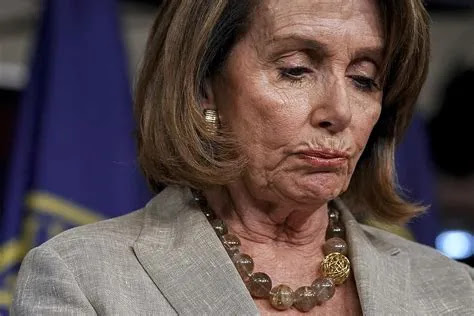 While everybody is watching the presidential race as President Trump slowly but surely claws back Joe Biden’s lead in multiple states days after the media called them for the Democrat, the Republican Party’s huge gains in the House have not received enough attention.

House Democrats are in disarray after a dismal election campaign and Speaker Nancy Pelosi is about to pay the price in January, according to House Minority Leader Kevin McCarthy.

According to McCarthy, the Republican Party can “control the floor” of the House if a small number of anti-Pelosi Democrats join them on votes after the party gained seats in the lower chamber on Election Day.

Appearing on Fox News on Sunday, the California representative added that House Speaker Nancy Pelosi could lose her role if 10 of the 15 Democrats who voted against her bid in January 2019 did so again at the start of next year.

Newsweek report: He also warned that “internal fights” in the Democratic Party were emerging after the party failed to build on its House majority despite President-Elect Joe Biden’s victory in the presidential contest.

Speaking on Fox News’ Sunday Morning Futures yesterday, McCarthy said: “Well we’ll only know in January because to become speaker you have to have 218 votes on the floor. When she went up for that vote two years ago, there were 15 Democrats who voted against her. Ten of those Democrats will be coming back to Congress.

“If those 10 vote against her again, she will not be speaker of the House, because she won’t have 218 because of the gains of the Republicans. We are close enough now that we can control the floor with a few Democrats joining with us.”

After touting the performance of Republicans in key House races on November 3, the minority leader added that the Democratic Party’s performance could put Pelosi’s position at the helm of the House in jeopardy.

“She’s got internal fights because she promised them that she would win enough seats that they would keep the majority this time and next time,” he said.