The Legend Of The Devil’s Favorite Game 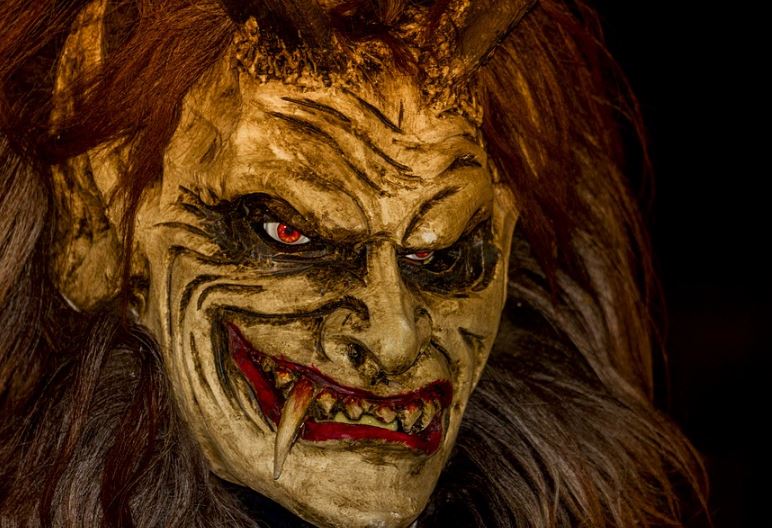 If the Devil appeared in your garden one afternoon wanting to join in your game, you would be very frightened indeed.

One Sunday, long ago he did just that. He took a running leap to join in a game and certainly enjoyed himself…

In the 17th Century, most people had a very different view from today of how you should behave on a Sunday. It was a special day, reserved for prayer and thanking God. Almost everybody went to church and, after church, people spent their day praying and reading the bible. Sunday was definitely not a day for playing games except, it seems, in Marston Moretaine.

The villagers of Marston Moretaine, in Bedfordshire, wanted to have fun. They had a well-earned reputation for being rogues. What was right and what was wrong in the eyes of the Church, didn’t really apply to them, or so they thought.

After all, they argued, they worked hard from Monday to Saturday and went to church on Sunday morning to pray. After doing their duty, they felt they deserved to enjoy themselves for the rest of the day. So which was it to be? A few hours spent reading the Bible and praying or… a drinking session, a spot of gambling and even some noisy playing? They knew which they’d prefer!

Warnings of the devil and hell were ignored, especially by young people. One particularly lively, noisy young man and his friends would sit quietly through the Sunday morning service, then rush out of the church to play and have a laugh in the nearby fields, in full sight of the church and congregation.

The village church of St Mary was itself quite unusual because, like the church in nearby Elstow, its tower was separated from the main church building. Legend says that, when the churches were built, they tried to build the towers and churches together but the devil tried to steal the towers away.

When he failed to do this, he pushed them apart, so he would secure a place to sit and watch all the wicked activities of the local people.

The people of Elstow were mainly good, but those in Marston Moretaine gave the Devil plenty of reason to smile. About halfway up the tower was an archway, which provided the devil with a comfortable position to sit and watch the villagers misbehave.

The vicar of Marston Moretaine tried his hardest to advise the villagers to enjoy themselves during the week but to behave on Sunday. One day, he met the Young Man near the church and asked him whether he and his friends would play more quietly after the church service. The Young Man just laughed.

“Why?” he asked, “do you think the Devil himself is going to join in?”

The Young Man may have been laughing loudly but not as loudly as the dark figure sat in the archway of the church tower.

In church the following Sunday, the vicar tried again to make the villagers listen but the Young Man and his friends had heard enough. They ran out to the fields and started playing the loudest game of leapfrog possible. Leapfrog or ‘Leaps’ was considered to be a particularly rowdy game – a game thought especially unsuitable for a Sunday.

This group of friends loved the game. However, unknown to the young men, someone else who loved the game was sitting in the old archway of the church tower, for it was the devil’s favourite game. He loved to play – especially an extra noisy game on a Sunday.

The devil had an excellent idea. He watched for a while as the young men ran round shrieking and laughing and then rose from his seat and climbed to the top of the church tower. With a huge hop he landed in a nearby field. With a mighty step he landed on the roof of the local inn.

Looking down he saw the Young Man bend over ready for the rest of his friends to leap over him. This was the devil’s chance – with an enormous jump he leapt on the Young Man’s back.

The Young Man’s loud “Whooohooo” changed to a deafening “Waaahaaa”, when he realised the stinking sulphurous smell and hot iron grip didn’t belong to any of his friends. The Devil’s next leap took himself and the Young Man high above Marston Moretaine.

The young man started to struggle but it was no use, the devil’s grip never loosened and, as they descended, to the horror of the onlookers, a huge hole appeared in the field below them. The young man and the devil plunged headfirst into the hole, followed by the rest of the screaming gang as the ground disappeared beneath them. They were going straight to hell.

The hole closed and field returned to normal. All that was left was a single stone standing in the field. The next Sunday, more villagers than usual were in Marston Moretaine church. They listened carefully to what the vicar had to say.

When the church service finished they had a decision to make: would they spend a few hours reading the Bible and praying in the eyes of God, or engage in a drinking session, a spot of gambling – and some noisy playing with the Devil? The village remained quiet.

From that day, the Devil wasn’t seen in Marston Moretaine again, nor was the young man or his friends. The stone in the field became known as the Devil’s Leaps. When families passed by, the parents often used it as a reminder to their children to beware, for the Devil himself enjoys a game…