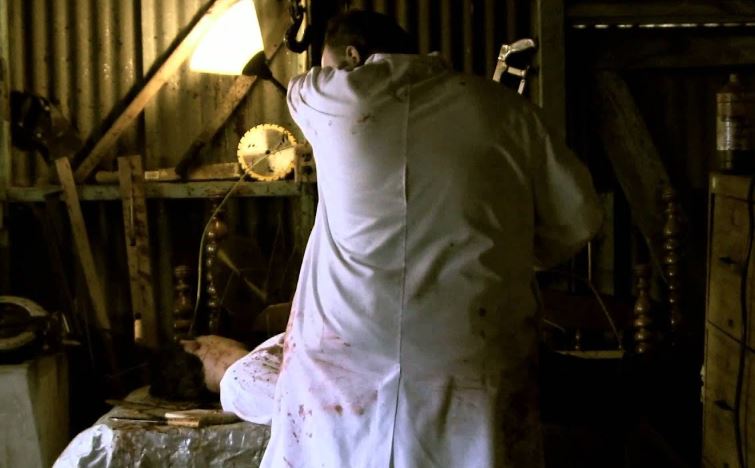 The “Crime na Rua do Arvoredo” or how it’s sweetly called around Brazil “The Sausage Murders”.

Around in 1860, Rio Grande do Sul (lit. “Big River of the South”), which is one of the three South states of Brazil, was facing tons of revolutionary wars – Porto Alegre was not directly involved in them, but since it was the capital of Rio Grande do Sul, news about the wars spread widely through the (then) small town: nothing more than 20 thousand people lived there.

It was also brimming with German and Italian immigrants that came to the city with dreams of prosperity and the promise of a new life.

It was when one of these immigrants, a German butcher working in the city at the time called Carl Goetibb Clausser suddenly disappeared, and was replaced by an ex police officer called José Ramos, that things started to get really weird.

Ramos had a beautiful wife called Catarina Palsen, who was of Hungarian descent (apparently born on Transylvania – what a nice coincidence).
She had wonderful long blonde hair, shiny blue eyes and a curvaceous body – rumor has it that men could not resist her charms.

And that’s exactly how Ramos lured his victims into his trap.

As soon as Catarina got her hand on another man, she’d whisper him sweet words and take them to her house, claiming that her husband, the butcher, “wouldn’t be home for a while”.

She would then make love to them and serve them a wonderful supper afterwards – that’s when Ramos would come out of the darkness and smash a hatchet right into their heads, dropping them through a whole on the ground craftily done so it wouldn’t raise any suspicions.

If the victims happened to still be alive, he’d cut their throats with a knife meticulously.

Then, Ramos would go down to the secret room with Catarina, take off the victim’s clothes and belongings and turned them into meat – more specifically into sausages, which he sold at the public market.

And the most terrifying thing is that it was extremely well-received, and people would get into long, long lines just to get Ramos special sausage… without even knowing what they were made of.

“It’s a special meat. A secret.” Ramos would say with a devilish smirk that his costumers didn’t quite catch while gorging themselves on the meat.

When asked where did Mr. Clausser went, Ramos would only say that the man sold the store to him and left back home to Germany.

This didn’t really raised much suspicions; it wasn’t until a sixteen year old boy and a salesman disappeared that the police got involved.

As soon as they went to search the house after the neighbours heard a scream, probably the boy, the police found out the carcasses of the bodies that the couple used to make their famous sausage, including the body of Mr. Clausser, and soon they were taken in and arrested for slaughter.

Since José Ramos was an ex-policeman (that was discharged because of his extreme violence – going so far as almost killing another policeman over a lost bet) and also a close friend of the general that followed his case, Mr. Dario Callado (that was as violent as Ramos was), his sentence for life was filled with regalies, and he died comfortably only on the year of 1893, from lepra, two years after Catarina had died, mentally ill, in an asylum.

Catarina was actually the one who cooperated with the police; she told them all about the murders and how they planned it all, whilst Ramos didn’t really said anything.
In fact, he pleaded innocent for all the charges dropped on him.

He never told his reasons and how many people he killed, leaving a mist of mystery into the murders that will never be revealed.

The journals of the time tried to tamper down the case, and only internationally it was recognized and widespread (particularly in France and Uruguay) – apparently to try and make the citizens of Porto Alegre forget that they had inadvertently became cannibals for a while.

Actually, it appears that the citizens themselves didn’t want to talk about the crime after it was solved. Nevertheless, it was spread to the city like fire, and even now we still hear and comment on the case, being pass on by families like you would a dead grandfather’s watch or something as equally unique and keep-safe.

The street where it all happened is now called Rua Fernando Machado, and most of the places there maintain the architecture of those times.

Most of the houses on the street carry an eerie sort of look to them and most are abandoned. The house where the murder happened was demolished, and only the trees from the old Arvoredo Street are still up.