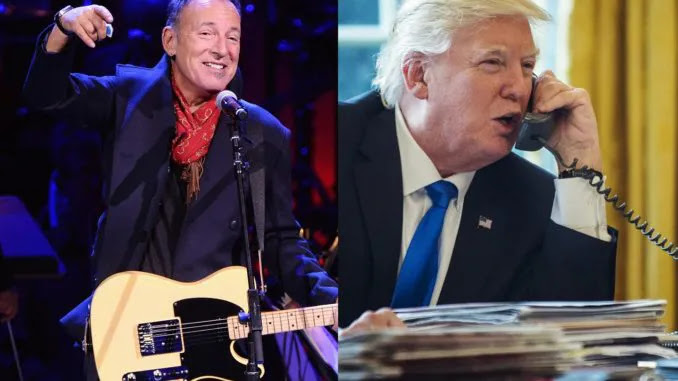 President Trump has entered the home stretch of the presidential campaign and is ramping up his hugely popular rallies nationwide. This is causing Bruce Springsteen and his fellow pampered “rock star” pals to throw their toys out of the pram and demand the Trump campaign stop using their songs at his rallies.

Well, that’s when the president gave the hypocritical and out-of-touch millionaire rockers a big reality check.

Campaigns have been turning popular songs into theme songs for more than a century, and American musicians have been objecting at least since 1984 when Bruce Springsteen denied the use of “Born in the U.S.A.” to the Ronald Reagan re-election campaign.

Springsteen has a long and hypocritical history of being a huge leftist agitator and hater of conservatives in America. In fact, it was the New Jersey native who “ushered in a new dimension to the campaign-song hit parade: the practice of speaking out against, and sometimes suing, mostly Republican politicians who appropriated tunes without the musicians’ endorsement,” Rolling Stone reported back in 2015.

What makes Bruce Springsteen such a hypocrite has to do with his values and his songs. 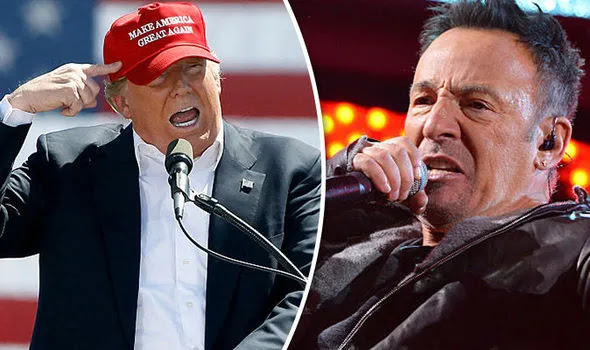 MadWorld report: Back in 1984, Springsteen railed against the dying auto industry in one song he claimed Ronald Reagan wouldn’t like:

Well they closed down the auto plant in Mahwah late that month
Ralph went out lookin’ for a job but he couldn’t find none
He came home too drunk from mixin’
Tanqueray and wine
He got a gun shot a night clerk now they call ‘m Johnny 99.

If Bruce was being honest, then he would be a supporter of President Trump. Springsteen claims to be this blue-collar rocker of humble origins, and his songs reflect those values.

It was Trump who got rid of NAFTA, that horrible pact that decimated our steel industry and auto plants, and he replaced it with the USMCA, which was so popular with blue-collar workers that even Nancy Pelosi was trying to take credit for it.

So, it was Bruce Springsteen who started this fade for rockers to demand the GOP stop playing their songs. The Trump campaign also used Neil Young’s “Keep On Rockin In The Free World” during the president’s stop at Mount Rushmore, and Young flipped out.

“Imagine what it feels like to hear ‘Rockin’ in the Free World’ after this President speaks, like it is his theme song,” Young wrote on his website in July. “I did not write it for that.”

Then, there’s the Rolling Stones. Campaigns can buy broad licensing packages from music rights organizations, including BMI and ASCAP, that give them legal access to millions of songs

BMI said the Rolling Stones had opted out of inclusion in those licenses, and it informed the Trump campaign that if it did not stop playing “You Can’t Always Get What You Want,” a Trump favorite in regular rotation at his rallies, the campaign would be in breach of its agreement.

Just this week, Springsteen said: “It is time for an exorcism in our nation’s capital. In just a few days, we’ll be throwing the bums out. I thought it was a f*cking nightmare. But it was so true.”

Well, these pampered rockers got a big reality check from the leader of the free world.

In an article on Thursday, Breitbart’s headline says it all: “Rockers Protest but Trump Continues to Play Their Hits at Campaign Rallies.”

“The Trump campaign can hardly play a song without the artist denouncing its use and sending a cease-and-desist letter. Neil Young, John Fogerty, Phil Collins, Panic! At The Disco and the estates of Leonard Cohen, Tom Petty, and Prince are just a few of those who have objected,” Breitbart adds.

Springsteen and his fellow rockers can cry all they want. History will show they backed swamp creatures who were actively attempting to take away our God-given rights.

President Trump is not a politician. He is truly a man who loves his country so much he could no longer sit back and watch as it was destroyed. Trump lost millions running for the presidency and lost additional millions serving as our president.

Meanwhile, those like Joe Biden used their political office to enrich themselves. Biden and his family made millions, and what they allegedly sold was access to the United States government.

Shame on Bruce Springsteen and his rocker buddies, and thank God for President Trump for refusing to bow down to their celebrity status. Trump will play whatever song he likes, and no one cares about their “feelings.” It’s so obvious Springsteen and his buddies are brainwashed.