US Stores Board Up Expecting Widespread Looting & Riots Around Election 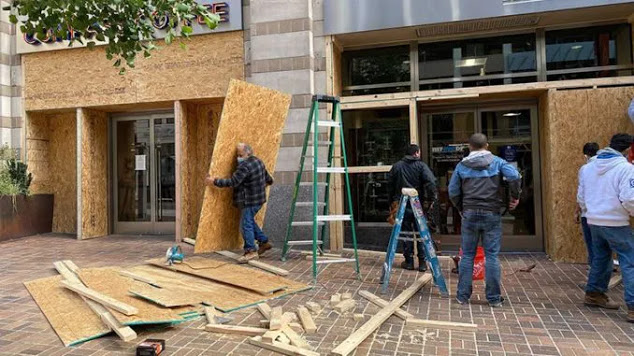 Stores across citites including New York, Washington, DC, Los Angeles and Denver are being boarded up and the National Guard is preparing for activation.

RT reports: Washington, DC is forecast to be the epicenter of the unrest as polling in the highly contentious contest between incumbent President Donald Trump and Democrat nominee Joe Biden draws to a close on Tuesday.

Left-wing activists are descending on the US capital for a mass demonstration on polling day and security experts have predicted that violence could erupt no matter what the result of the vote shows. 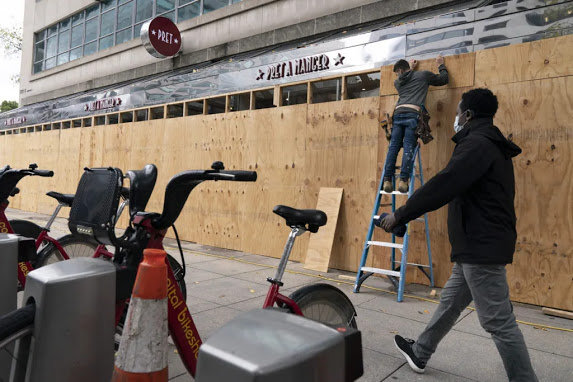 A boarded up restaurant in downtown Washington not far from the White House. © AP Photo/Jacquelyn Martin

A collection of activist groups including Black Lives Matter and Shutdown DC are planning an eight-hour demonstration in the shadow of the White House. Shutdown DC protesters have revealed that they are rehearsing “election meltdown simulations” and have plans to indefinitely occupy public spaces.

Activists from both sides of the political divide have also announced plans to monitor polling stations on election day. The police will also be out in force as DC Metro Police Chief Peter Newsham pledged that the entire department will be working on election day. The force also splurged tens of thousands of dollars on riot-control munitions after unrest throughout the summer depleted its stockpile.

In New York City, the police issued an order that trash cans be removed from key thoroughfares to prevent them from being used as projectiles. 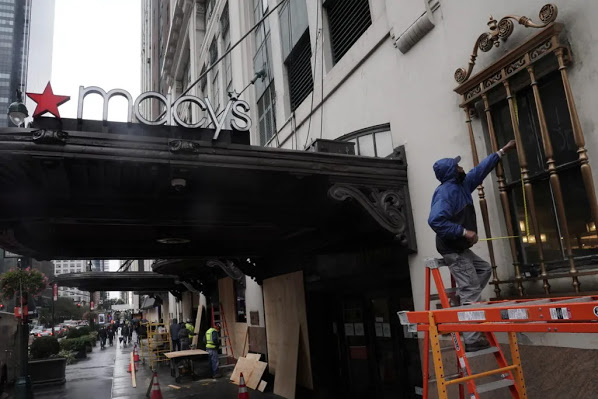 A similar directive was issued to restaurants, telling them to remove chairs and tables that have been used for outdoor dining. On Friday, workers were busily boarding up stores on the city’s iconic Fifth Avenue thoroughfare.

Several states are preparing to deploy the National Guard in a bid to clamp down on unrest. The reserve military force is already patrolling the streets of Philadelphia after multiple nights of protests and looting following the police shooting of Walter Wallace Jr this week. 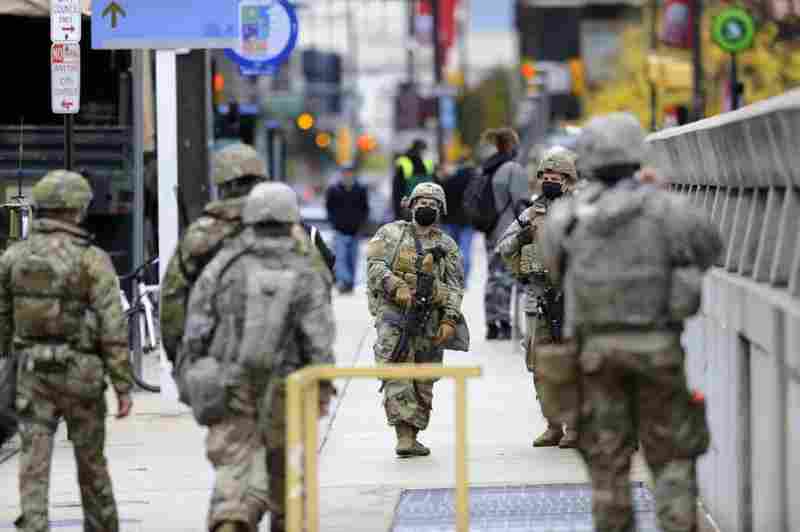 Members of the Pennsylvania National Guard in Philadelphia on Friday. © AP Photo/Michael Perez