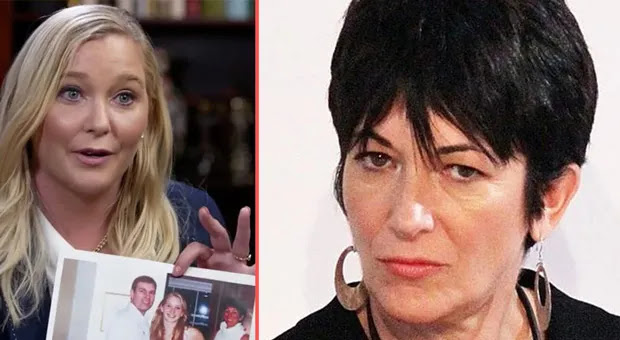 Virginia Roberts Giuffre took a swipe at Ghislaine Maxwell in a scathing tweet on Saturday,

The Epstein victim shared a photo of herself relaxing poolside in Australia, where she now lives with her family, saying “Hey Ghislaine Maxwell, just sitting outside, taking some time to de-stress after you & your lawyers shenanigans. Like the view?”

Her tweet continued: “If you didn’t abuse 1000’s of minors you would not be staring at your toilet as a piece of artwork”

The Mail Online reports: Maxwell is currently being held at the Metropolitan Detention Center in Brooklyn as she awaits trial on charges on conspiring with Jeffrey Epstein to sexually abuse girls.

Giuffre’s comments come after a federal judge ordered more than 80 court documents pertaining to her 2015 civil defamation case against Maxwell be made public this week.

Maxwell, 58, who has been charged with multiple counts of criminal sex trafficking, had filed an emergency order to keep the papers sealed claiming it would destroy her ability to get a fair trial.

While a first tranche of court papers were unsealed on Thursday, a U.S. appeals court on Friday agreed to temporarily delay the release of a 2016 deposition about Maxwell’s sex life.

Her lawyer argued it could make it ‘difficult if not impossible’ to find an impartial jury, out of the public eye.

The deposition, which was taken in April 2016, had been scheduled for release on Monday.

Giuffre has long claimed she was trafficked by billionaire pedophile Jeffrey Epstein when she was underage with the help of his alleged ‘madame’ Maxwell.

Maxwell is accused of aiding the disgraced financier’s sexual abuse of multiple girls by allegedly recruiting and grooming them to have sex with him and other powerful men.