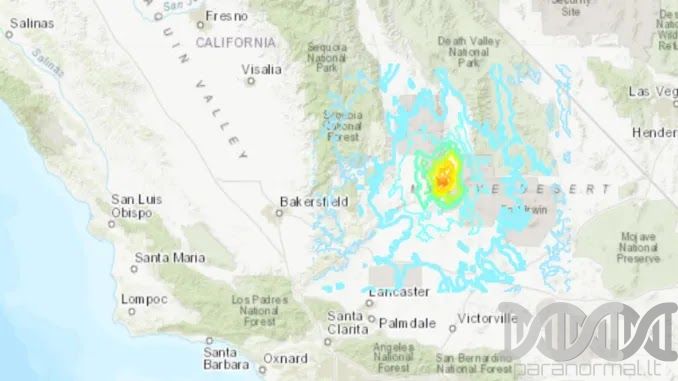 A 5.5 magnitude quake struck southern California, 189km (117.5 miles) northeast of Los Angeles on Wednesday night according to the US Geological Survey.

The level 5 earthquake occurred in Ridgecrest, California and tremors were reported by residents almost 200 miles away.

In the last 10 days, there have been five earthquakes of magnitude 3.0 or higher centered nearby.

RT reports: There have been no reports of damage or injuries as of yet.

Netizens said shaking could be felt as far away as Culver City, a suburb of Los Angeles located several hundred miles south of the quake’s epicenter.