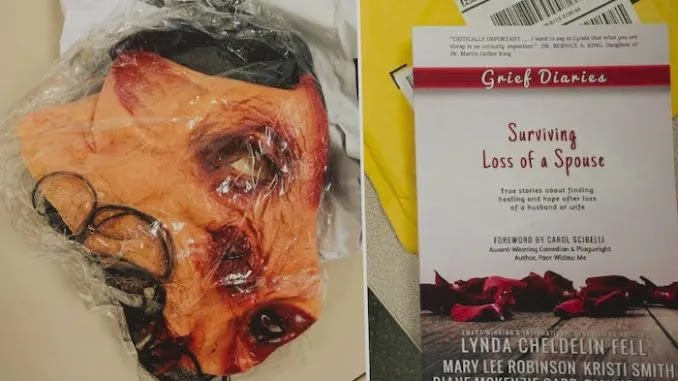 Six former eBay executives have been charged with cyberstalking and harassing a Massachusetts couple who criticized the Big Tech company online, according to a press release from U.S. Attorney Andrew Lelling in Boston.

The harassment included sending anonymous, threatening messages, disturbing deliveries, including a box of cockroaches, a funeral wreath and a bloody pig mask. In addition, the Big Tech executives conducted an extensive covert surveillance of the victims.

“It was a determined, systematic effort of senior employees of a major company to destroy the lives of a couple in Natick, all because they published content company executives didn’t like,” said U.S. Attorney Andrew Lelling.

“It goes pretty far up the chain at eBay,” Lelling said Monday at a news conference, The Wall Street Journal (WSJ) reported.

elling said the Natick couple serves as editor and publisher for an online newsletter that covers ecommerce companies. According to prosecutors, members of eBay’s executive leadership team followed the newsletter and took issue with the content and anonymous comments under the stories.

In 2019, two members of the leadership team allegedly sent or forwarded text messages saying it was time to “take down” the newsletter’s editor. One of the messages said the group wanted to “crush this lady,” referring to the editor.

When asked if further charges could be filed against other executives, Lelling said “The investigaton is active and ongoing.” Two unnamed executives are included in the complaint that had roles above Baugh.

“I don’t think I would characterize the conduct as rogue, because as seen in the complaint, the directive to do something about this goes pretty high up the chain within eBay,” said Lelling.

The couple then received a host of deliveries aimed at intimidating them.

“These deliveries included fly larvae and live spiders, a box of live cockroaches, a sympathy wreath on the occasion of the death of a loved one, a book of advice on how to survive the death of a spouse, pornography mailed to their next door neighbors but in the couple’s names, Halloween masks featuring the face of the bloody pig, and the pig fetus which was ordered, but after an inquiry by the supplier, thankfully, wasn’t ever sent,” Lelling said.

On August 18 just after midnight, the eBay employees allegedly posted a classified ad on Craigslist claiming to be from the Natick couple inviting “singles, couples and swingers” to their house to party after 10 p.m. every night.

“People were encouraged to knock on the couple’s door, anytime day or night,” said Lelling.

All of the employees were fired by eBay following an investigation. Lelling said the company cooperated with investigators.

“For a while they succeeded, psychologically devastating these victims for weeks,” Lelling said.“The result as alleged in the complaint was a systematic campaign fueled by the resources of a Fortune 500 company to emotionally and psychologically terrorize this middle aged couple in Natick, with the goal of deterring them from writing bad things online about eBay.”

eBay said it was notified in August 2019 about the alleged conduct of its employees and launched a “comprehensive investigation.” All of the employees involved were fired in September 2019.

“eBay took these allegations very seriously from the outset. Upon learning of them, eBay moved quickly to investigate thoroughly and take appropriate action,” an independent special committee formed by eBay’s Board of Directors said in a statement. “The Company cooperated fully and extensively with law enforcement authorities throughout the process. eBay does not tolerate this kind of behavior. eBay apologizes to the affected individuals and is sorry that they were subjected to this. eBay holds its employees to high standards of conduct and ethics and will continue to take appropriate action to ensure these standards are followed.”

Part of the investigation included what role former eBay CEO Devin Wenig may have had in the incident.

“The internal investigation found that, while Mr. Wenig’s communications were inappropriate, there was no evidence that he knew in advance about or authorized the actions that were later directed toward the blogger and her husband. However, as the company previously announced, there were a number of considerations leading to his departure from the company,” eBay said.