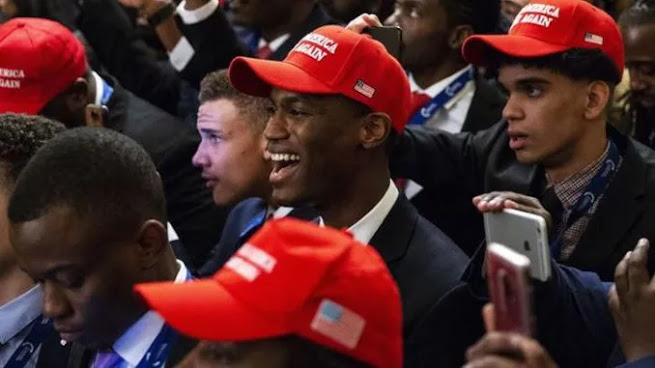 ABC News political director Rick Klein is now openly calling for a “cleansing” of all Trump supporters in America.

In a shocking Tweet published Thursday, Klein added fuel to the fire by using extremist rhetoric as a means to increase tensions and divisions even further.

“Trump will be an ex-president in 13 days. The fact is that getting rid of Trump is the easy part. Cleansing the movement he commands is going to be something else,” he tweeted, while linking to an article he wrote calling for a Nazi-sounding purge of Trump voters in America:

Cleansing the movement he commands, or getting rid of what he represents to so many Americans, is going to be something else.

Back in June, President Donald Trump tweeted that he wanted anyone who “vandalizes or destroys any monument, statue or other such Federal property” to face punishment up to “10 years in prison.”

Of course, then he was threatening those in the streets protesting police violence and racial inequities with whom he disagreed.

Breitbart.com reports: While Klein accuses the Trump supporters he wants to see “cleansed” of being driven by conspiracy theories, nowhere does he mention that the left-wing terrorists in Antifa and Black Lives Matter are driven by conspiracy theories involving “systemic racism,” a ton of hate crime hoaxes, and the shooting deaths of Michael Brown and Trayvon Martin.

This was the most revealing part of Klein’s misinformation, “This wasn’t just any federal property, this was the Capitol — the most famous and important symbol of democracy in the world.”

Apparently, Klein is more concerned with a federal building as opposed to the countless small businesses that have been destroyed all across the country by left-wing terrorists, who are still engaged in a campaign of hate and violence that has been going on for almost a year now.

The U.S. Capitol will recover. Many of these small business owners never will.

The media have spent ten years, beginning with the riots in Wisconsin over Republican Gov. Scott Walker’s public union reforms, justifying, excusing, and openly encourage the worst kind of political violence we’ve seen in my lifetime — everything from, yes, occupying government buildings to looting, arson, assault, and murder.

There’s no excuse for what happened at the U.S. Capitol on Wednesday. None whatsoever. But when three of our country’s institutions — the Democrat Party, the corporate media, and law enforcement — spend a decade condoning and rewarding political violence, they should not act surprised and innocent when that idea spreads.

And now Klein is deliberately using the provocative word “cleansing” in an obvious effort to make things worse.