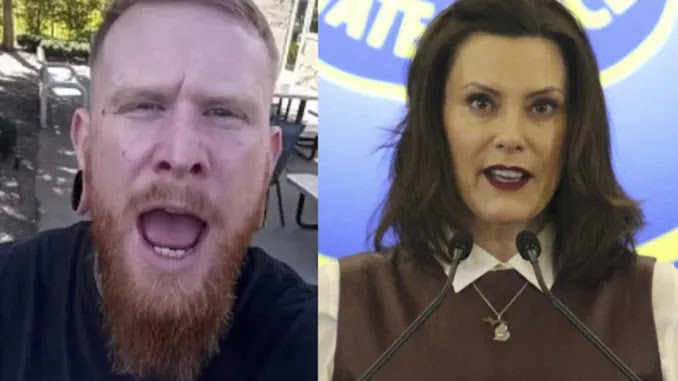 Michigan Governor Gretchen Whitmer owes President Trump a massive apology for falsely claiming he was responsible for the foiled attempt on her life.

The FBI announced on Thursday that it had thwarted a plot by “right-wing militia” to kidnap and kill Gov. Whitmer and overthrow the state government.

Whitmer immediately blamed the plot on President Trump telling the Proud Boys to “stand back and stand by.”

“Hate groups heard the president’s words as a rallying cry, as a call to action,” Whitmer said blaming white supremacists.

Thegatewaypundit.com reports: It turns out Brandon Caserta, one of anarchists who was arrested for plotting to kidnap Whitmer, actually hates President Trump and is on video calling Trump a “tyrant.”

“Trump is not your friend dude,” Caserta said.

He says Trump is “a tyrant” and calls President Trump an “enemy.”

Wow! This is big. Brandon Caserta, one of the ringleaders of the group of men arrested for a plot where the group planned to kidnap Gov. Gretchen Whitmer, hated President Trump too!

"Trump is not your friend dude"

He says Trump is "a tyrant" & calls President Trump an "enemy". pic.twitter.com/T5paEeTkiJ