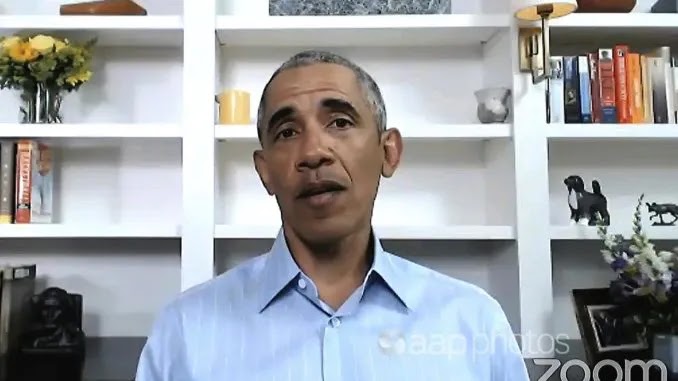 Former president Barack Obama has praised the widespread protests in the wake of George Floyd’s death, saying the response makes him feel optimistic about the future of America.

The Washington Post on Thursday published an online interview with Valerie Jarrett about race with a montage of protests and an appraisal of them in the wake of Floyd’s death from the former POTUS.

“When sometimes I feel despair I just see what’s happening with young people all across the country and the talent, and the voice, the sophistication that they are displaying and it makes me feel optimistic,” Obama said. “It makes me feel … this country is going to get better.”

Crazy video of Jo Ling Kent in what appears to be a war zone but is actually Seattle pic.twitter.com/tanqVCk9nJ

Breitbart.com reports: Washington Post columnist Karen Tumulty called the protests sparked after Floyd, a black man who died at the hands of Minneapolis police, “peaceful” and made no mention of the widespread violence at many of them.

That violence has taken place in major American cities over the past two weeks where stores were looted and burned, monuments and historic buildings vandalized, and police were driven out of their precincts, some of which were set ablaze or taken over by protesters.

Neighborhood Gristedes, smashed up. Not exactly the Chanel store. pic.twitter.com/RArySiFxrA

All its neighboring businesses seemingly got looted and destroyed in #SantaMonica last night. But the #Kobe #mural here may have saved this one. pic.twitter.com/SQk5o0OcWD