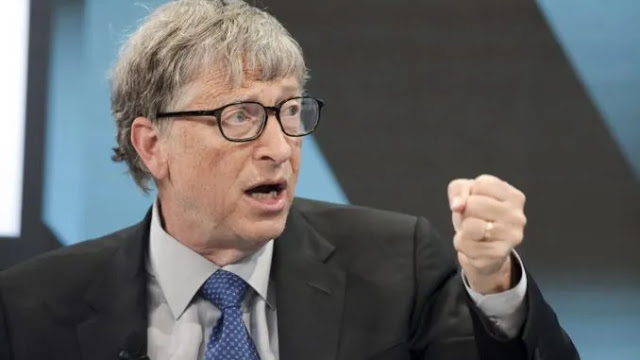 Bill Gates has revealed his thoughts about the “strange conspiracy theories” surrounding his efforts and interest in funding a coronavirus vaccine.

The billionaire philanthropist says his critics question his motivation for funding a vaccine by reversing his intentions. He claims that he is only “giving money to save lives.”

Gates also said that he is optimistic about the world’s chances of seeing through the ‘wilder theories’ and of beating the coronavirus.

RT reports: Despite investing $350 million in the search for a vaccine to Covid-19, Gates said in a new interview with Bloomberg that he doesn’t believe the current pandemic will be over until “the end of 2021.” He also doesn’t have much faith in an initial vaccine pushed to the public.

“Well, the initial vaccine won’t be ideal in terms of its effectiveness against sickness and transmission. It may not have a long duration, and it will mainly be used in rich countries as a stopgap measure,” he said. “We’d be lucky to have much before the end of the year.”

On conspiracy theories questioning his motivation for funding a vaccine, Gates claimed his critics “reverse” his intentions as he is only “giving money to save lives.”

It’s strange. They take the fact that I’m involved with vaccines and they just reverse it, so instead of giving money to save lives, I’m making money to get rid of lives. If that stops people from taking a vaccine or looking at the latest data about wearing a mask, then it’s a big problem,” he said.

Despite numerous conspiracy theories about his interest in finding a vaccine – which he calls “strange” and a “big problem” – the billionaire says he doesn’t believe immunization should be mandatory, unless a person is working with elderly citizens.

“Making something mandatory can often backfire. But you might say that if you’re going to work in an old-folks home or have any exposure to elderly people, it would be required,” Gates said.

Overall, the co-founder of Microsoft isn’t all that worried about coronavirus.

Bizarrely asked by Bloomberg whether “we are going to be OK,” the tech mogul dismissed the pandemic and said: “Certainly. We’re lucky this wasn’t a more fatal disease.”