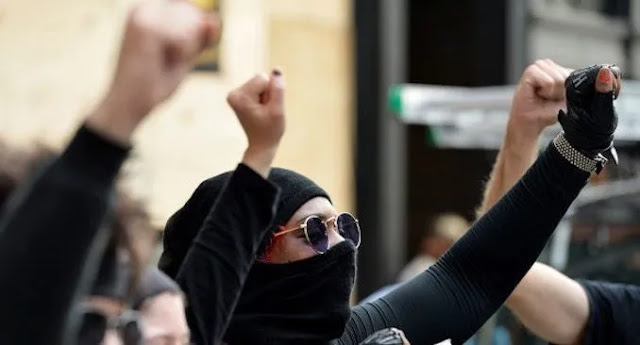 One of the goals of Black Lives Matter (BLM) is to oust President Trump from the White House, the group’s founder has admitted.

Cullors told “The Lead” host Jake Tapper that simply voting President Trump out in November will not be enough as he must be forced “resign” immediately.

“Well, I’m hands down – Trump not only needs to not be in office in November but he should resign now,” Cullors told Tapper. “Trump needs to be out of office. He is not fit for office. And so what we are going to push for is a move to get Trump out.”

“While we’re also going to continue to push and pressure vice president Joe Biden around his policies and relationship to policing and criminalization,” Cullors added. “That’s going to be important. But our goal is to get Trump out.”

President "Trump not only needs to not be in office in November but he should resign now," says co-founder of the Black Lives Matter Global Network Patrisse Cullors. "Trump needs to be out of office. He is not fit for office." pic.twitter.com/T6mLZ11cEv

Theblaze.com reports: In the past, Cullors has compared President Trump to Adolf Hitler on multiple occasions.

Last fall I called trump Hitler. Folks thought I was being hyperbolic. We should all be aware that Hitler created the conditions that lead to what we all understand as Nazi Germany.

Call a spade a spade. pic.twitter.com/QPVA611PBy

Earlier this week, a report was released that claimed the national arm of Black Lives Matter spent millions of dollars on travel and compensation over the past three fiscal years, but only 6% of BLM spending went to local chapters and grassroots organizations.