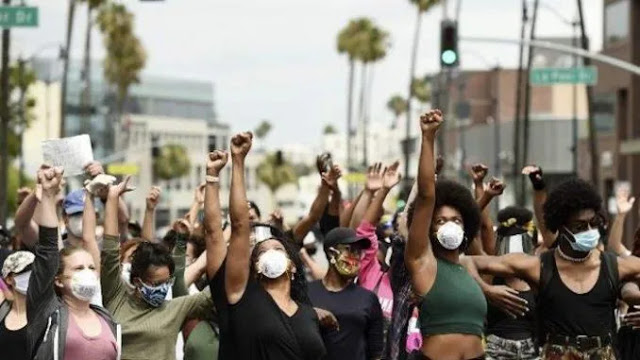 “Videos and photographs of the mob flooded social media as they shouted various messages throughout the residential neighborhood and tore down American flags,” the Daily Wire reported.

He also posted a video of protesters in Los Angeles shouting “No justice, no peace! No racist police!” as they tore down an American flag attached to a building:

In another video taken that day, the protesters in Beverly Hills shouted, “Abolish capitalism now!”:

Breitbart.com reports: In an update on its website at 11:40 p.m., the Beverly Hills Police Department (BHPD) said “An unlawful assembly has been declared in the area of Rexford Drive and Carmelita Ave. BHPD remains on scene.”

Saturday morning, the department tweeted that the unlawful assembly was over and arrests had been made: