Canadian fishermen caught a lobster with the Pepsi logo 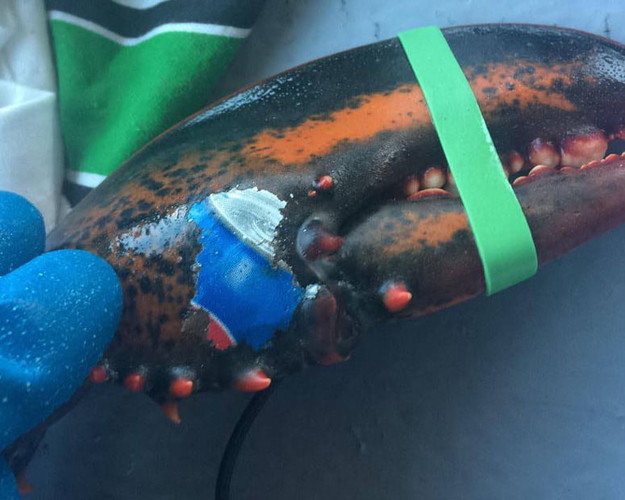 Canadian fishermen caught in the Bay of Fundy lobster with the logo of Pepsi, depicted on his claw.

The first unusual finding was noticed by Carissa Lindstrand, who rewound the lobster claws. She noticed that the crustacean has a red-white-blue sign – the Pepsi logo.

On the web, disputes arose over how the logo might have turned up on a lobster claw. Some decided that the can from the drink could grow into a crustacean, others felt that some of the box from Pepsi could somehow stick to it.

Nevertheless, the woman herself does not agree with such theories. In the opinion of the eyewitness, the claws clearly traced the pixels, so the “tattoo” could not appear because of the tin can, and the image on the box is too large. The logo reminded Lindstrand printed image. However, the paper would dissolve in water.