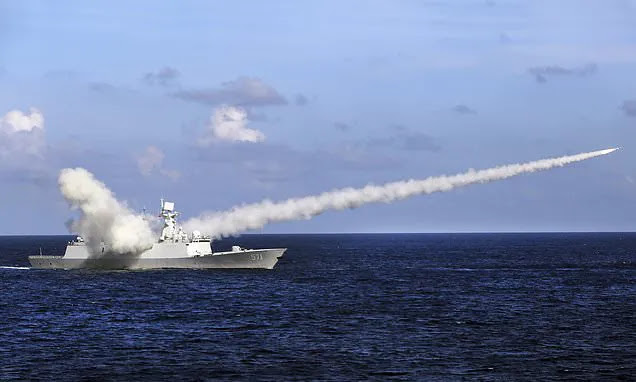 The Chinese military fired two missiles into South China Sea as a warning to the US after Beijing accused an American spy plane of entering its no-fly zone according to media reports.

The South China Post reported that “China launched two medium-range missiles into the South China Sea on Wednesday morning, a source close to the Chinese military said, sending a warning to the United States”

Zero Hedge reports: The launch is said to be in response to the major incident from Tuesday, wherein China’s PLA military angrily denounced that a US U-2 spy plane allegedly entered a ‘no-fly zone’ off China’s coast while the PLA conducted live-fire military drills. It was unclear exactly where the claimed breach of airspace happened, however.

One of the missiles, a DF-26B, was launched from the northwestern province of Qinghai, while the other, a DF-21D, lifted off from Zhejiang province in the east. Both were fired into an area southeast of Hainan province and the Paracel Islands, the source said.

The landing areas were within a zone that Hainan maritime safety authorities said on Friday would be off limits because of military exercises from Monday to Saturday.

Needless to say this “warning” takes things to a whole new level.

“This is China’s response to the potential risks brought by the increasingly frequent incoming US warplanes and military vessels in the South China Sea,” a military source told SCMP. “China doesn’t want the neighboring countries to misunderstand Beijing’s goals.”

After all, following the Tuesday incident Beijing in a veiled threat said an “unexpected incident” could have easily resulted over the US spy plane operation.