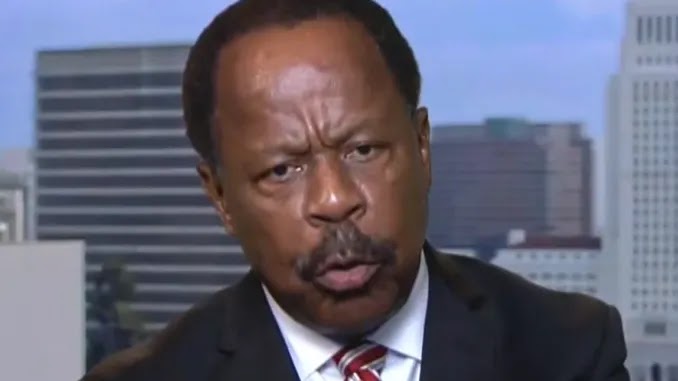 The Democrat Party has been “hijacked by the extremists” and become “too radical“, according to black civil rights attorney Leo Terrell, who announced on Hannity that he will be voting Republican for the first time in his life in the 2020 presidential election.

Leo Terrell is just the latest high-profile African-American to disavow the Democrat Party in recent times, with an unprecedented high of 34 percent of Black Likely Voter Support for President Trump in a recent poll.

Considering Trump won just 8 percent of the African-American vote in 2016, it appears the Democratic Party’s lock on the black vote has finally come to an end — and Democrats are heading for their worst electoral nightmare.

Civil rights attorney Leo Terrell says he plans to vote Republican for the first time in his life because the Democrats have become too radical.

Terrell, who has been outspoken in the past against Trump, is now affectionately referred to as “Leo 2.0” by Larry Elder, a conservative radio host who often appears with Terrell on Hannity.

WesternJournal report: In recent weeks, Terrell has sparred with left-wing activist Cornel West and argued that the Democratic Party has “been hijacked by the extremists.” In early July, Terrell published a commentary piece in Newsweek scorching Black Lives Matter.

His transition to supporting Trump reached the tipping point Thursday, as he announced, “This will be the first time in my life, Sean Hannity viewers, that I will be voting Republican.”

When Hannity and Elder tried to take credit for Terrell’s conversion, the African-American attorney explained that “The Democratic Party left me.”

Terrell elaborated further in a tweet, saying that he “did not sign up for their socialist agenda.”

Leo 2.0? #Hannitized? No way. I’m the same Leo but the #Democratic Party left me & I did not sign up for their socialist agenda. @seanhannity #foxnews

Terrell is hardly the first prominent African-American to make headlines by proclaiming support for Trump.

Jones’ announcement caused him to face enormous backlash and initially caused him to resign. However, the Georgia lawmaker walked back that decision, citing a desire to hold the Democrats “accountable for how they are treating black people.”

Terrell has received similar backlash for his criticism of current Democratic positions and the Black Lives Matter movement.

In an interview Wednesday with The Daily Caller, he explained that he had been “shunned” by his erstwhile colleagues: “They don’t talk to me, they don’t text me anymore.”

In an age where Democrats, led former Vice President Joe Biden, believe that African-Americans who dare to support Trump and the Republicans  “ain’t black,” Terrell deserves a lot of credit for standing up to the party.

Based on the numbers, it looks like many other African-Americans may have made the decision to “walk away” from the Democratic Party.

Polls taken within the past year have put the president’s approval among African-Americans at more than 30 percent.

We then found out that a recent widely quoted @EmersonPolling Registered Voters based poll showed Black Voter approval for @POTUS at 34.5%. https://t.co/SS9K9WS4Ix

Keep in mind that Trump only won 8 percent of the black vote in 2016. The Democrats’ rapid lurch to the left does not appear to have helped their standing with African-Americans, an important part of their electoral coalition.

As the entertainer Kanye West explained after making his late entry into the 2020 presidential race, “To say that the black vote is Democratic is a form of racism.”

For years, the Democrats have taken the African-American vote for granted.

In 2020, the decision of African-American Democrats like Leo Terrell to support Trump could signal that the Democratic Party’s lock on the black vote has finally come to an end.

If that’s the case, the Democratic Party could very well experience its worst electoral nightmare.