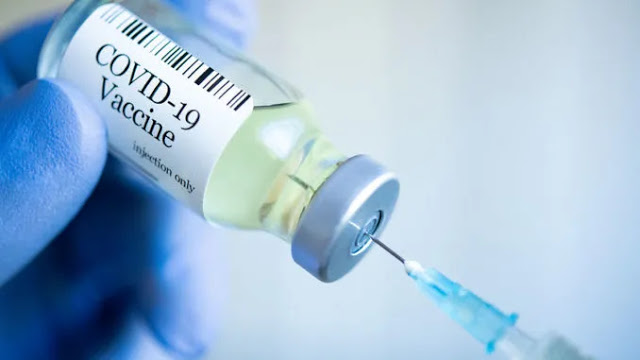 A group of doctors has demanded that the government put together a plan to “punish” people who refuse to take a COVID-19 vaccine with tax penalties a denial of many government services, as well as encouraging private companies to deny employment to anyone who rejects the vaccination.

The coronavirus vaccine must be mandatory and anyone who refuses the vaccination must be severely punished in ways that make it hard for them to participate in society, the doctors argued in USA Today this week.

According to the doctors, tax penalties, higher insurance premiums, denial of employment by private companies and many government services must be considered as punishment for anyone refusing the vaccine.

While the group admits the punishment sounds “anti-American“, they insist that taking the shot is actually “patriotic.”

“[W]hile the measures that will be necessary to defeat the coronavirus will seem draconian, even anti-American to some, we believe that there is no alternative,” wrote Drs. Michael Lederman, Maxwell J. Mehlman, and Stuart Youngner.

“Simply put, getting vaccinated is going to be our patriotic duty.”

There is no “alternative to vaccine-induced herd immunity in a pandemic,”they argued.

“Broad induction of immunity in the population by immunization will be necessary to end this pandemic.”

The USA Today article, published August 6, is titled “Defeat COVID-19 by requiring vaccination for all. It’s not un-American, it’s patriotic.”

According to LifeSiteNews, its original subhead (see screenshot below) read:

“Make vaccines free, don’t allow religious or personal objections, and punish those who won’t be vaccinated. They are threatening the lives of others.”

It has since been toned down to read “Make vaccines free, don’t allow religious or personal objections, and create disincentives for those who refuse vaccines shown to be safe and effective.”

The physicians proposed, “Private businesses could refuse to employ or serve unvaccinated individuals. Schools could refuse to allow unimmunized children to attend classes. Public and commercial transit companies — airlines, trains and buses — could exclude refusers. Public and private auditoriums could require evidence of immunization for entry.”

They then outlined how a “registry of immunization will be needed with names entered after immunization is completed.” People who receive the vaccine should be issued “certification cards” with expiration dates (“the durability of protection by different vaccines may vary and may require periodic booster immunizations”).

The concept of “immunization cards” or digital vaccine records was floated shortly before the coronavirus outbreak and since the virus has spread.

A December 2019 article in Scientific Americandescribed the vision of Massachusetts Institute of Technology (MIT) researchers for embedding vaccine records “directly into the skin” of children.

“Along with the vaccine, a child would be injected with a bit of dye that is invisible to the naked eye but easily seen with a special cell-phone filter, combined with an app that shines near-infrared light onto the skin. The dye would be expected to last up to five years, according to tests on pig and rat skin and human skin in a dish.”

The development of this idea, which the article proudly noted avoids using “iris scans” that might violate privacy, was “funded by the Bill & Melinda Gates Foundation.” It “came about because of a direct request from Microsoft founder and philanthropist Bill Gates himself, who has been supporting efforts to wipe out diseases such as polio and measles across the world.”

Dr. Anthony Fauci, longtime director of the National Institute of Allergy and Infectious Diseases and one of Trump’s top pandemic advisers, said in April that he thought it was “possible” that one day Americans may have to carry certificates showing they are immune to the coronavirus.

“I think it might actually have some merit under certain circumstances,” he said.

Also in April, Gates speculated, “Eventually, we will have some digital certificates to show who has recovered or been tested recently or when we have a vaccine who has received it.”