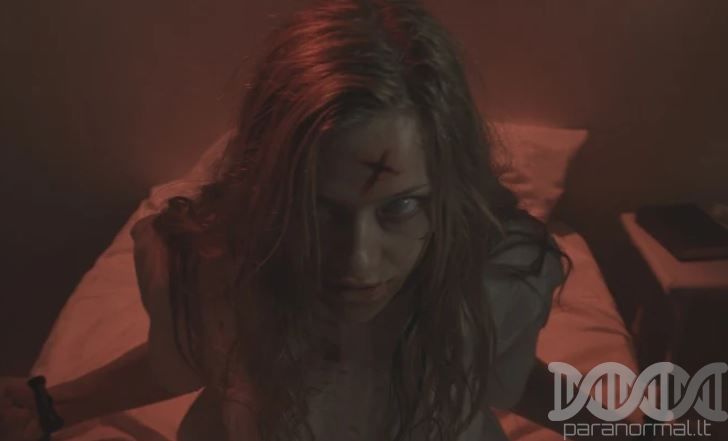 An American woman who levitated, demonstrated paranormal psychic powers and spoke foreign languages unknown to her was clearly demon-possessed, according to a board-certified psychiatrist and associate professor of clinical psychiatry at New York Medical College.

The unnamed woman, with a long history of involvement with Satanic groups, was observed by a team of priests, deacons, several lay assistants, psychiatrists, nuns, some of whom also had medical and psychiatric training, levitating six inches off the ground while objects flew off shelves in the same room, according to Dr. Richard E. Gallagher, who documented the case in the New Oxford Review.

“Periodically, in our presence, Julia would go into a trance state of a recurring nature,” writes Gallagher. “Mentally troubled individuals often ‘dissociate,’ but Julia’s trances were accompanied by an unusual phenomenon: Out of her mouth would come various threats, taunts and scatological language, phrases like ‘Leave her alone, you idiot,’ ‘She’s ours,’ ‘Leave, you imbecile priest,’ or just ‘Leave.’

“The tone of this voice differed markedly from Julia’s own, and it varied, sometimes sounding guttural and vaguely masculine, at other points high pitched. Most of her comments during these ‘trances,’ or at the subsequent exorcisms, displayed a marked contempt for anything religious or sacred.”

The subject would have no recollection of speaking these phrases upon recovering from the trance-like state, according to Gallagher.

“Sometimes objects around her would fly off the shelves, the rare phenomenon of psychokinesis known to parapsychologists,” reports Gallagher. “Julia was also in possession of knowledge of facts and occurrences beyond any possibility of their natural acquisition.

“She commonly reported information about the relatives, household composition, family deaths and illnesses, etc., of members of our team, without ever having observed or been informed about them,” he said. “As an example, she knew the personality and precise manner of death (i.e., the exact type of cancer) of a relative of a team member that no one could conceivably have guessed.”

“She once spoke about the strange behavior of some inexplicably frenzied animals beyond her direct observation: Though residing in another city, she commented, ‘So those cats really went berserk last night, didn’t they?’ the morning after two cats in a team member’s house uncharacteristically had violently attacked each other at about 2 a.m.”

Julia requested a Roman Catholic exorcism ritual, convinced from the beginning of her consultations that she was under demonic attack.

“The exorcism began on a warm day in June,” Gallagher recollects. “Despite the weather, the room where the rite was being conducted grew distinctly cold. Later, however, as the entity in Julia began to spout vitriol and make strange noises, members of the team felt themselves profusely sweating due to a stifling emanation of heat. The participants all said they found the heat unbearable.

“Julia at first had gone into a quiet trance-like state. After the prayers and invocations of the Roman Ritual had been going on for a while, however, multiple voices and sounds came out of her. One set consisted of loud growls and animal-like noises, which seemed to the group impossible for any human to mimic. At one point, the voices spoke in foreign languages, including recognizable Latin and Spanish. (Julia herself only speaks English, as she later verified to us.)

“The voices were noticeably attacking in nature, and often insolent, blasphemous and highly scatological. They cursed and insulted the participants in the crudest way. They were frequently threatening – trying, it appeared, to fight back – ‘Leave her alone,’ ‘Stop, you ****s’ (to the nuns), ‘You’ll be sorry,’ and the like.

“Julia also exhibited enormous strength. Despite the religious sisters and three others holding her down with all their might, they struggled to restrain her. Remarkably, for about 30 minutes, she actually levitated about half a foot in the air.”

The purpose of Gallagher’s paper, he says, is to “document a contemporary and clear-cut case of demonic possession.” He explains that even those who doubt such a phenomenon exists may find this case “rather persuasive.”

“Possession is only one and not the most common type of demonic attack. Possession is very rare, though not as exceedingly so as many imagine,” he concludes. “So-called ‘oppression,’ or ‘infestation,’ is less rare, though hardly frequent either, and sometimes more difficult to discern accurately.”