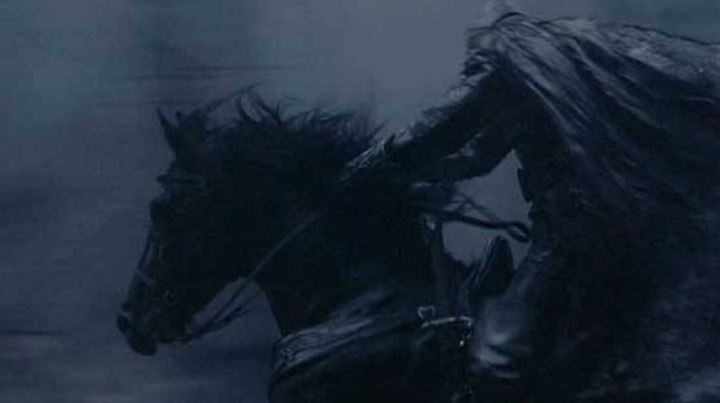 It was in this region during the middle of the 19th Century, when the Texas/Mexican border was in dispute and outlaws ran riot, that the badlands surrounding the Rio Nueces (as it was then known) became the stage for a mystery that has seared itself into the quasi-mythical history of the Lone Star State.

It seems that countless denizens of the region began reporting the appearance of a headless ghost rider that roamed the range. It was said he carried his head affixed to his saddle horn beneath a large hat.

Stalwart cowboys and grizzled outlaws alike had reportedly taken aim at the ghastly apparition without effect. Bullets seemed to hit their marks with no apparent damage.

In time he would come to be known as “El Muerto” – the dead man. But who was this headless rider? Some thought him the specter of some long-dead Vaquero that guarded a gold mine at the Misión Nuestra Señora de la Candelaria del Cañón, a Spanish mission on the Rio Nueces.

Others believed he was little more than a scarecrow strapped to a riderless mount and set loose as some practical joke.

It wasn’t until a group of ranchers decided to settle the matter (with bullets) that the mystery was solved. Waiting at one of the phantom rider’s familiar stomping grounds, the men ambushed the horseman as he arrived, felling him in a storm of firepower.

When the smoke cleared, the men gingerly made their way toward the fallen horse. It was real enough; blood poured from its many wounds and seeped into the parched Texas earth. The rider, however, was a different matter.

No blood pooled from beneath his headless form. Upon closer inspection, the men were shocked to find the dessicated corpse of some poor soul. It seems the man had been lashed to the saddle.

Furthermore, he was riddled with the wounds of arrows, spears, and bullets. His skull lay, as legend held it, atop the saddle horn beneath a tattered sombrero.

Later, it was learned the man had been a horse thief named Vidal. His criminal escapades came to an end when he chose to steal several horses from one Creed Taylor. When Taylor found out about the theft, he pursued Vidal relentlessly until he cornered the horse thief down near the Rio Nueces.

A shootout ensued, Vidal was killed, and as a lesson to other would-be thieves, Taylor told his right hand man – Bigfoot Wallace – to decapitate the body and strap him to a wild mustang. With a swift quirt, Taylor sent the horse bucking angrily into history.