Evidence of the brutal massacre in Europe found 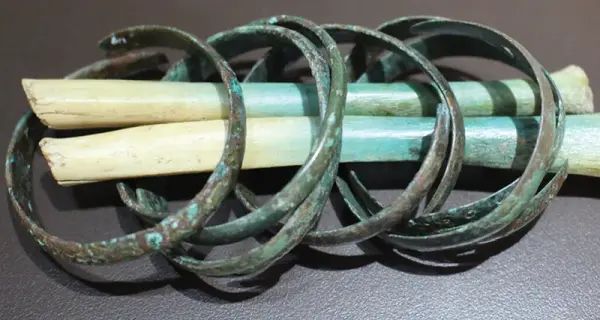 A new analysis of the ancient remains showed that there was a real bloody massacre on the site of modern Spain 2,200 years ago.

That is, the European fairy tales that seem bloodthirsty today can be softened versions of the ancient cruel reality for the children of that time.

The remains of an ancient Iberian village, attacked from behind and even dismembered, are evidence of violence reigning in prehistoric Europe.

A new analysis of the bones of 13 victims showed that several centuries before the arrival of the Romans, a cruel massacre took place on the territory of modern Spain, the purpose of which was not robbery at all, but a struggle for power, as evidenced by the jewelry preserved on the remains of people.

“The discovery of partially burnt skeletons and scattered human bones with unhealed wounds inflicted by sharp weapons showed that this was an extremely brutal event,” says archaeologist Javier Ordoño Daubagna of the Arkikus archaeological research company in Vitoria-Gasteiz, Spain.

Daubagna and his colleagues examined the remains of nine adults, two adolescents, a young child, and one infant who died sometime between 365 and 195 BC in the ancient village of La Jolla.

The researchers found that one of the adults was decapitated with a single blow, and the teenager (girl) had his hand cut off, the bones of which were found almost three meters from her skeleton.

Cracks and flaking on some bones suggest that the victims were simply abandoned after death, rather than buried. Other people could be burned alive inside the buildings, as evidenced, in particular, by the discoloration of the bones – the temperature of the fire reached 350-650 degrees Celsius. The fact that the bones are only partially burned precludes the possibility of cremation after death.

“The nature of the injuries, the presence of women and young children among the victims, and the location of the human remains indicate that this was not a battle between warriors,” says archaeologist and study co-author Rick Schallting of the University of Oxford.

The study proves once again that the people of the Iron Age living in the Iberian Peninsula preferred to resort to brutal violence when resolving disputes. “We can conclude that the aim of the attackers was the complete destruction of La Jolla. This was done, possibly, by a competing center of political and economic influence in the region, ”says Ordoño Daubagna.

There are not many known facts of such attacks on settlements in those days, but such violence could be more widespread than scientists assumed. Back then, “power could be gained through violence and control over resources,” explains archaeologist Ludwig Papmel-Dufay of Linnaeus University in Kalmar, Sweden, who was not involved in the study. If the past seems peaceful to people, he says, “this point of view needs to be reconsidered.”