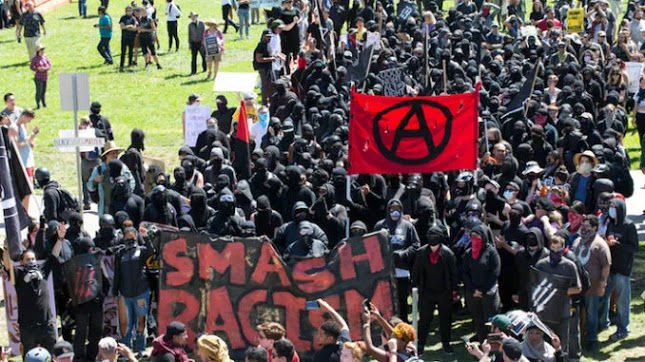 If President Donald Trump wins reelection this week, thousands of violent leftists could attack the White House, an expert has warned.

According to J. Michael Waller, an expert on strategic communication and unconventional conflict and vice president for government relations at the Center for Security Policy, federal officials should be prepared for violent, angry mobs on the streets of Washington, DC, if Trump wins a second term.

“We have to prepare for these mobs by the tens of thousands if not more right in downtown Washington, DC … and storm the White House,” Waller told reporters.

Breitbart.com reports: Waller said that D.C. Mayor Muriel Bowser is playing a role in what could be post-election violence by instructing the city’s police to stand down when protests become violent, even if their targets are senior officials in the White House or Congress.

Two US Capitol Police (responsible for Congress) told me that Washington DC @MayorBowser has instructed the DC metropolitan police to "slow walk" any responses to distress calls from Senator Mitch McConnell's house on Capitol Hill.

Waller compared the Black Lives Matter Plaza set up under Bowser’s leadership to the kind of staging areas used to conduct massive anti-government coups in places like Eastern Europe and Iran that he has studied in the past. Waller said:

They need a staging area that’s right close to the seat of power. What Mayor Bowser has done now for half a year is she has cut off a prime commuter avenue — 16th Street NW in Washington, DC,— with high end hotels and the headquarters of the AFLCIO and other big unions — from a block north of the White House on the other side of Lafayette Park … extending the length of three football fields.

The US Capitol Police feel overwhelmed at what lays ahead of them, since Antifa/BLM have targeted individual Members of Congress for harassment or worse, and the DC city government is sympathetic to the mobs.

“[Trump’s] first duty as president is to protect the presidency as an institution and when you have organized violent groups saying that they are going to lay siege to the White House — burn it down,” Waller said, “the president has to treat that very seriously.”

.@realDonaldTrump should federalize the District of Columbia Metropolitan Police and the DC National Guard now – before election day – and bring in reliable National Guard from other states, if we are to believe what the organized rioters are planning for the night of November 3.

Michael Anton, former Trump national security official, spoke about the troublesome partisan rhetoric from the Biden camp, which includes the possibility of the military “hauling Trump from office,” and also discussed the results of the controversial Transition Integrity Project wargame.

Kyle Shideler, director and senior analyst for homeland security and counterterrorism at the Center for Security Policy, said the war-game “proposed a scenario in which the Biden camp refused to concede despite clearly losing in the electoral college, called for massive street protests and left open the possibility of military intervention.”

Shideler wrote about the webinar:

The three panelists taking part in the webinar also talked about the role played by Antifa and similar anarchist and Marxist groups and all agreed that these groups are causing friction within the Democrat party between the far-left and the establishment, more corporate Democrats.

Anton said that the more radical left elements of the party are certain to try to populate a Biden administration in roles across the federal government.