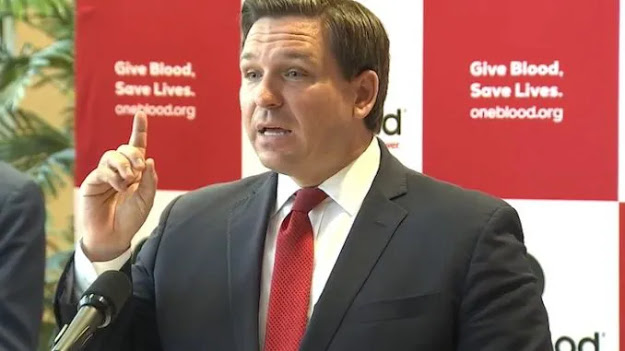 Florida Republican Gov. Ron DeSantis has asked the Department of Health to investigate following reports of individuals receiving positive test results for Covid-19, despite the fact they did not even take a test.

“For that to come back positive, when there was no specimen submitted, is problematic, so I’ve heard it enough to be concerned about it,” DeSantis said this week.

“I asked the Department of Health to look at that, because I heard it too. If you can give us, if people that have told you that are willing to provide their name, we’re interested in investigating this because it’s ridiculous,” he continued.

Local news outlets, including Fox 35 News and Fox 4, have reported receiving mounting reports of this phenomenon.

“How does someone test positive for coronavirus if they have never been tested? Reports of this happening have been pouring into FOX 35 News since we began investigating COVID-19 data,” Fox 35 News reported, noting that people claimed they left the premises prior to getting tested. Despite the fact they were not tested, they later received positive test results anyway.

Fox 4 has also received reports of this happening. People have said they submitted their contact information at a COVID-19 testing site, but after seeing how long the line was, they decided not to wait an hour or more to get the test. Nevertheless, a few days later, they got an email or a phone call telling them that they tested positive.

“If you’re somebody that this has happened to, you’re going to come forward and give us the details, because I think that that needs to be corrected,” DeSantis added.

Dr. Jay Wolfson, Public Health & Medicine Professor for the University of South Florida, believes the issue is the result of a “testing mechanism problem.”

“If Jay Wolfson says he can’t wait any longer and he leaves, it will get number to 15, and now get Rebecca Fernandez, who was standing behind him, and she tests positive, and then everyone from then on gets the wrong results. There has to be a better way to do this,” he added.

The covid-19 numbers in Florida have remained under scrutiny this week, following a Fox 35 investigation revealing an inflation of coronavirus numbers as several testing facilities reported astronomical positivity rates.

The Florida Department of Health’s stated positivity rates and associated volume of coronavirus cases does not match claims made by the testing facilities, reported FOX 35:

Countless labs have reported a 100 percent positivity rate, which means every single person tested was positive. Other labs had very high positivity rates. FOX 35 found that testing sites like Centra Care reported that 83 people were tested and all tested positive. Then, NCF Diagnostics in Alachua reported 88 percent of tests were positive.

How could that be? FOX 35 News investigated these astronomical numbers, contacting every local location mentioned in the report.