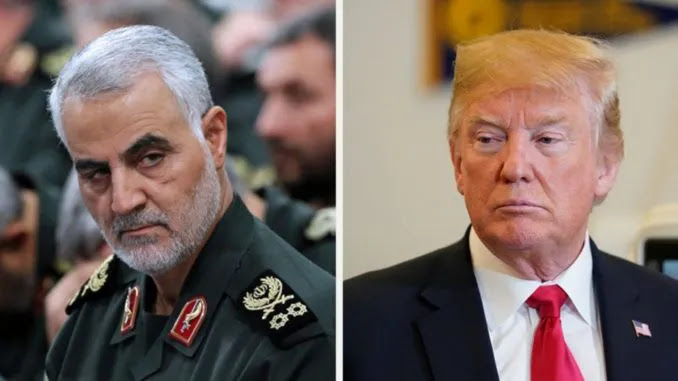 Iran has issued a ‘red notice’ request to Interpol seeking the arrest of President Trump and 47 other officials over their role in the assassination of General Qassem Soleimani in January 2020.

Iran is anticipating that Donald Trump will leave office on January 20 and hope that the end of his presidency might mean he could be brought to justice.

RT reports: According to the International Criminal Police Organization, its ‘Red Notice’ is a “request to law enforcement worldwide to locate and provisionally arrest a person pending extradition, surrender, or similar legal action.” Interpol notes that it is not an arrest warrant.

Iranian Minister of Intelligence Mahmoud Alavi also spoke on the issue on Tuesday, saying that Iran had prepared 1,000 pages of documents to refer to the International Criminal Court to prove that state terrorism had been used against General Soleimani. He also pledged “tough revenge at the proper time.”

Iran’s top general, Qassem Soleimani, was killed in a US drone strike on January 3, 2020, while visiting Baghdad. Agnes Callamard, the United Nations’ special rapporteur on extrajudicial, summary or arbitrary executions, described the assassination as “unlawful” and a “nail in the coffin of international law,” when she took to Twitter on the anniversary of the assassination.

Iran already requested Interpol’s help in arresting Donald Trump and 35 other officials on “murder and terrorism charges” in June last year. However, Interpol rejected the request, citing its constitution as prohibiting it from undertaking “any intervention or activities of a political, military, religious, or racial character.”