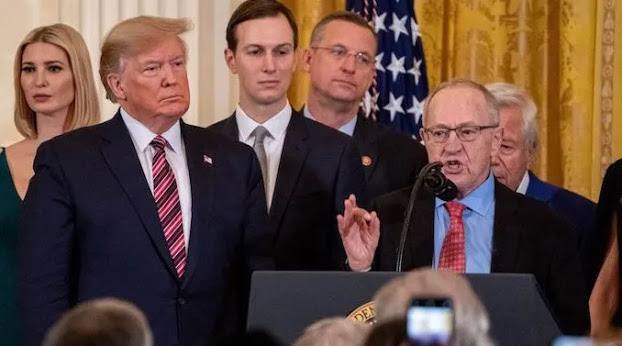 Harvard Law School Professor Alan Dershowitz has promised that President Trump is set to win a lawsuit his campaign filed in Pennsylvania challenging the legitimacy of mail-in ballots received after Election Day.

Dershowitz predicted that the U.S. Supreme Court would take on Trump’s lawsuit if the number of votes being challenged are enough to change the outcome of the presidential election in Pennsylvania.

“I do think that Trump will win the Pennsylvania lawsuit,” Dershowitz said during an interview on SiriusXM’s Breitbart News Tonight, “namely, the lawsuit that challenges ballots that were filed before the end of Election Day but not received until after Election Day.”

“The [Pennsylvania] legislature had basically said no to that and the [Pennsylvania] Supreme Court said yes because of the pandemic. That may have been the right decision in some theoretical sense, but the Constitution doesn’t permit anybody in the state but the legislature to make decisions about elections,” Dershowitz added.

Breitbart.com reports: “That was decided correctly in Bush versus Gore, and I think that four-to-four vote would become a five-to-four vote if the issue came before the Supreme Court and there were not disputed ballots to make a difference in the outcome of the election. That remains to be seen.”

Dershowitz remarked, “As I understand the facts of the case — although I think what the judiciary did may have been the right thing morally: if you get your ballot in on time, you shouldn’t be denied the vote just because the post office screwed up — I don’t think you can really make that argument under Article Two. I do think that the Republican argument is the stronger one.

“The Supreme Court will take the case only if it would make a difference, only if the plaintiffs — the Republicans — can show that the number of disputed ballots that were subject to sequestration by Justice Alito’s decision exceeds the difference between the winning margin and the losing margin.”

Dershowitz concluded, “The Pennsylvania constitutional argument is a wholesale argument that clearly belongs in federal courts..”

The Supreme Court ordered Pennsylvania election boards on November 6 to separate the count of mail-in ballots that arrived after Election Day in the event that the Supreme Court revisits election lawsuits related to such votes.