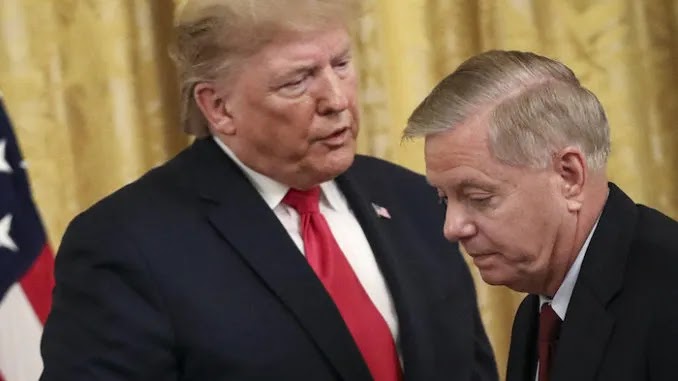 Senator Lindsey Graham has refused President Trump’s request to ask Barack Obama to testify before Congress over his role in “the biggest political crime and scandal in the history of the USA, by FAR!”

On Thursday, POTUS urged Senator Graham to quit talking and do his job as Chairman of the Senate Judiciary Committee.

But Lindsey Graham lost his nerve.

The Republican senator told reporters late on Thursday that he would not call in Obama to testify.

Instead, Lindsey has promised to call former Obama officials later in June.