Meghan Markle Considers Herself A Role Model For The BLM Movement 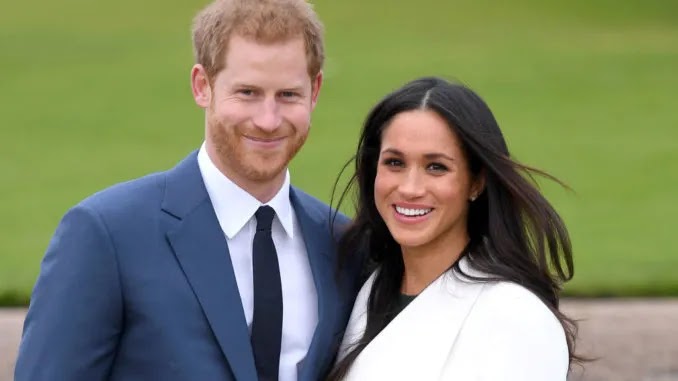 Meghan Markle is passionate about supporting the Black Lives Matter movement and sees herself as a role model, according to a royal expert.

The Sun reports: She said during lockdown the Duke and Duchess of Sussex have been kept “very busy” focusing on the impact of COVID-19.

However, Katie told Entertainment Tonight:  “The Black Lives Matter movement matters to Meghan and it matters to Harry.

The author and broadcaster said the couple’s varying backgrounds give them “different perspectives” on the movement which she added “really resonates” with them both.

And she claims Meghan is particularly “passionate” about the issue and sees herself as “a role model” able to speak out on the issue of racial equality.

She said: “She believes that there is an expectation on her to address what’s going on and to (show) support. And that is what they’re doing.”

Last week, Meghan spoke out over George Floyd’s death saying ‘his life mattered’ in a heartfelt video message against racism.

The unarmed black man died in police custody in Minneapolis, Minnesota, last week after a cop was filmed kneeling on his neck during his arrest.

Floyd was slowly murdered by Derek Chauvin in broad daylight as he cried and screamed into the pavement that he couldn’t breathe because Chauvin was kneeling on his neck.

The tragedy sparked widespread outrage and protests which have spread across the US, the UK and the rest of the world.

Meghan compared Floyd’s death to those of other African Americans who have died in police custody.

She added: “I wasn’t sure what I could say to you. I wanted to say the right thing and I was really nervous that it would get picked apart.

“And I realised the only wrong thing to say is to say nothing.”

Meghan referred to a teacher from the school, who she says gave her the courage to speak out.

She said: “I was thinking about this moment when I was a sophomore, I was 15… it’s the year we do volunteer work.

“And I remember one teachers, Ms Pollia, said to me, ‘always remember to put other’s needs above your own fears’.

“That has stuck with me throughout my entire life and I have thought about it more in the last week than ever before.” Source