Bill Gates Has Predicted The Next Two Disasters Facing Mankind 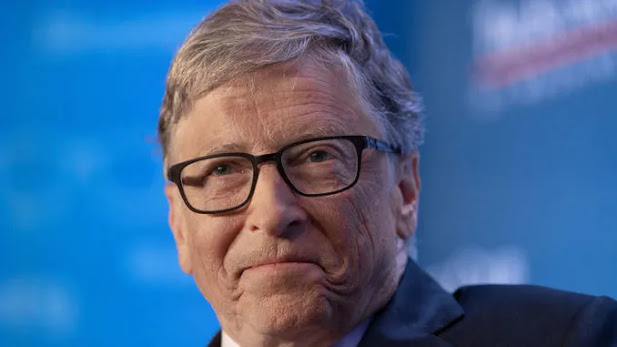 Bill Gates is good at predicting things and even warned the world in 2015 about the possibility of a new pandemic caused by a virus…like the coronavirus.

In a talk organised by TED media and titled ‘The next outbreak? We’re not ready’, the microsoft founder was clear that it would be the emergence of a new virus and not war that could wipe out milions of human beings.

“If anything kills over 10 million people in the next few decades, it’s likely to be a highly infectious vitus rather than a war….Not missiles, but microbes.”

Gates is now warning about what he believes are the next greatest threats to humanity: climate change and bioterrorism.

The Express report: Now, in an interview with Derek Muller, host of the YouTube channel “Veritasium”, the software entrepreneur outlined what he believed to be the next deadly threats facing humankind.

“One is climate change. Every year that would be a death toll even greater than we have had in this pandemic,” Mr Gates said.

He then went on to name the second, even more terrifying danger lurking out there, as bio-terrorism.

“Bio-terrorism. Somebody who wants to cause damage could engineer a virus and that means the cost, the chance of running into this is more than the naturally-caused epidemics like the current one.”

The Microsoft chief said he felt no satisfaction at all that his 2015 prophecy had come to pass.

He questioned whether he could have been more persuasive in convincing people to take the threat of a new pandemic more seriously.

Asked by Mr Muller how he had been so sure that a viral pandemic would occur, Mr Gates replied: “There are a number of respiratory viruses and, from time to time, one will come along.

“Respiratory diseases are very scary because you’re still walking around on a plane, a bus when you’re infectious.

“Unlike some other diseases like ebola where you are mostly in a hospital bed by the time viral load infects other people.”