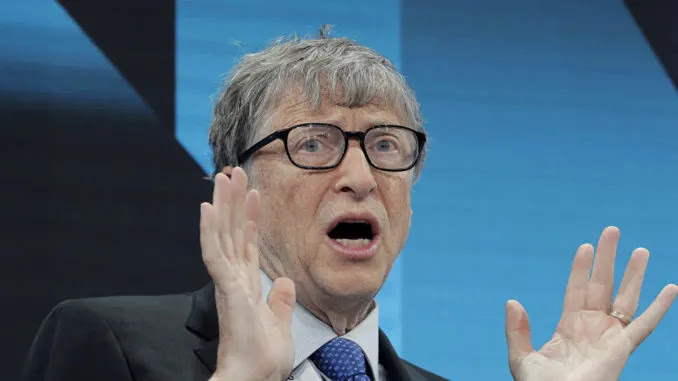 The social media platform Parler is a safe space for people who are into “crazy stuff,” according to billionaire Bill Gates.

Gates said that registering for Parler is another way of telling others that you like crazy stuff, for example he claims “If you want Holocaust denial, hey, Parler is going to be great for you.”

Reclaim the net reports: Gates made the remarks about the alternative tech platform during the New York Times DealBook Summit, held on Tuesday.

Parler has promoted itself as a proponent of “free expression without violence and censorship” and describes itself as “unbiased social media focused on real user experience and engagement.” The promise of less censorship has attracted those who have been censored on mainstream social platforms, Facebook, Twitter, and YouTube.

Conservative politicians, journalists, and media personalities, have joined Parler in droves over the past few months. In the days after election day, the platform has seen a surge of new users.

Alternative platforms such as Parler will continue to grow unless Big Tech platforms such as Facebook and Twitter ease up on the censorship of more conservative opinions. Already, Parler is topping the list of free apps in Google’s Play Store in the US, ahead of TikTok, Instagram, and Twitter.

The interface might not be perfect and there are still some technical kinks but Parler will continue improving as more people register.

It is not against the law to have a different opinion, according to Parler CEO John Matze.

“People say crazy things all the time,” said Matze, speaking to Fox News’ Tucker Carlson this week. “It’s not against the law to have those opinions.”

He insisted that social media companies should not tell people what they can or cannot say.

“I always ask them, ‘What do you think of the First Amendment? Do you believe that we should have somebody in New York, let’s say in the middle of Times Square, telling you what you can and cannot say?’” Matze said. “Because that’s what these companies [Facebook, Twitter, and YouTube] are doing.”

“It’s not against the law to express yourself. And if you like one political candidate or another, or you believe or don’t believe in climate change, you shouldn’t be taken offline because of it,” he added.

According to Matze, the platform is experiencing “a massive explosion in growth because people trust that Parler’s going to do the right thing.”