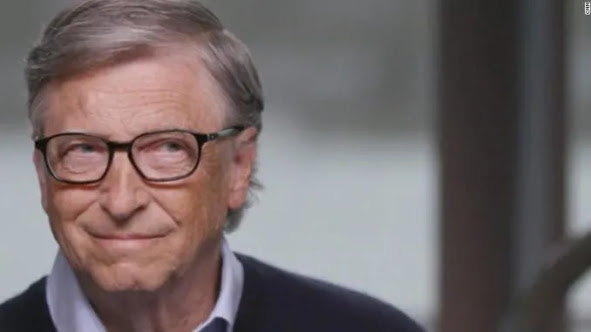 Life will only return to normal after a second generation of Covid vaccines are rolled out and the virus is eliminated globally according to technology tycoon Bill Gates….a higher bar than was set for any disease in history.

“The only way we’ll get completely back to normal is by having, maybe not the first generation of vaccines, but eventually a vaccine that is super-effective, and that a lot of the people take, and that we get the disease eliminated on a global basis,” Gates, who is neither a doctor nor an immunologist, said on Sunday during an interview on NBC’s Meet the Press program.

He continuued: “That is where we can finally start taking all the problems that have been created — in education, mental health — and start to build back in a positive way”

RT reports: According to that standard, Americans might need to live for years, or for life, under social-distancing guidelines and other Covid-19 restrictions. It’s certainly gloomier than the assessment Gates gave in a Fox interview last month, when he said progress on vaccines might make it possible for a return to normalcy in the US by the summer of 2021. He said he expects several of the first generation of vaccines to get emergency approval by early next year.

Gates blasted the US Covid-19 response as one of the worst in the world, except for the Trump administration’s aggressive investments in vaccine development. “There are lots of additional deaths coming if we don’t get our act together,” the billionaire philanthropist told NBC host Chuck Todd.

Gates cited the fact that test results often don’t come back within 24 hours, a problem that could be alleviated by not reimbursing “for these worthless things.” He said the US Covid-19 testing system is the worst of any country “in terms of who gets access to it.” “You do have to admit that you haven’t done a good job and make some straightforward changes,” he added.

That message won’t likely resonate with President Donald Trump, who has hailed his administration’s Covid-19 response as “phenomenal” and it saved potentially millions of lives, although 215,000 Americans have reportedly died from the virus. Trump himself tested positive for Covid-19 on Oct. 1 and said he was cured by an experimental monoclonal-antibody treatment.

Gates said it’s wrong to call the treatment a “cure” because it won’t work for every patient, but he sees it as the most promising Covid-19 therapeutic developed so far. His foundation reserved factory capacity last spring and has partnered with drug-maker Eli Lilly & Co. in hopes of getting a monoclonal-antibody drug approved by the FDA with supplies ramped up in the next few months.

“Adding this to the tools would be a great thing,” Gates said.