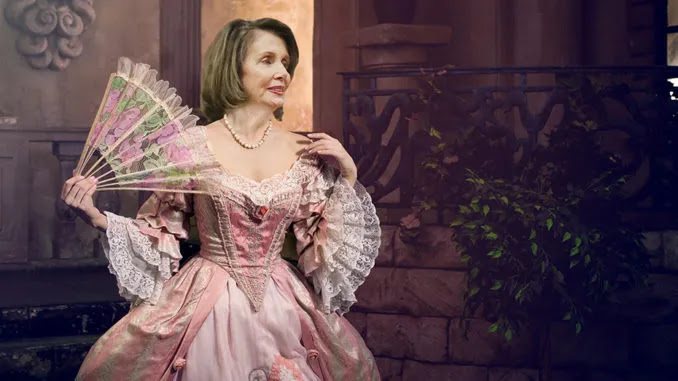 Democrat politicians have been telling Americans not to celebrate Thanksgiving with their families in order to observe strict Covid-19 rules, but it seems those rules don’t apply to House Speaker Nancy Pelosi and her fellow Congressional Democrats.

Let’s face it, as far as Nancy Pelosi is concerned, Covid rules are for the little people.

NBC News correspondent Leigh Ann Caldwell reported on Friday that Democratic leaders in the House are holding a lavish dinner for new members. She even shared an image of several fancy tables being set up in the Capitol for the dinner party.

“.@SpeakerPelosi told me it’s safe. ‘It’s very spaced,’ she said and there is enhanced ventilation and the Capitol physician signed off,” Caldwell tweeted.

As states across the country continue to evaluate lockdown orders to prevent further spread of the disease, Pelosi’s event and assurance that her dinner will be “safe” sparked heavy criticism on social media.

“Imagine telling families not to hold Thanksgiving (we shouldn’t) and then doing this. Come. On,” New York Magazine reporter Nikole Hannah-Jones tweeted.

“Terrible and embarrassing for all involved,” comedian Billy Eichner reacted.

“This should be canceled and frankly I’m shocked anybody thought having an indoor social meal right now was a good idea to begin with,” Vox journalist Aaron Rupar wrote.

“Can a dumb decision be reversed by Twitter dunks alone? We’re about to find out,” Huffington Post reporter Ryan Reilly pondered.

“This is happening while Americans are told it will be against the law for them to have Thanksgiving with their families. Yet again, the political class is openly & publicly showing it doesn’t think the rules apply to them, thus helping destroy the trust needed to beat this virus,” Washington Examiner reporter Jerry Dunleavy wrote.

“Please cancel these in-person dinners, @SpeakerPelosi & @kevinomccarthy to keep everyone safe from #covid19 – yourselves, your new members, servers, the Capitol police and all of their families and contacts. And, to show public health leadership,” Chelsea Clinton weighed in.

Things have gotten so bad for out-of-touch elitist Nancy Pelosi, “cancel” is now trending on Twitter thanks to the bipartisan outrage generated by her arrogant decision to host a large, indoor dinner for new House members despite Democrat politicians tells us normal folks to cancel Thanksgiving:

And now she’s giving members the option of to-go meals because she got caught: