New theory: the explosion on Tunguska was caused by an asteroid that touched the Earth 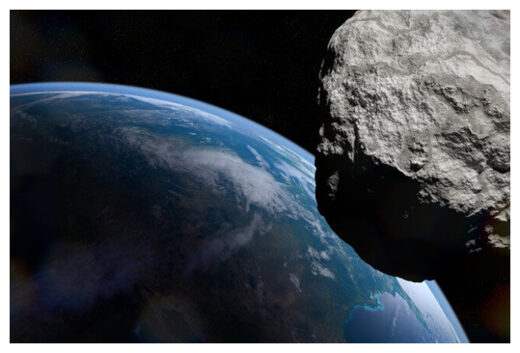 According to scientists, the new theory explains the mysterious explosion in Siberia, suggesting that Earth narrowly escaped a much larger catastrophe.

In the early morning of June 30, 1908, a powerful explosion destroyed entire forests in a remote region of Eastern Siberia along the Tunguska River. Curiously, the explosion did not leave a crater, creating a mystery that has puzzled scientists ever since – what could have caused such a huge explosion without leaving any remnants?

Now Daniil Khrennikov of Siberian Federal University in Russia and his colleagues have published a new model of the incident that may finally reveal the mystery. Khrennikov and his colleagues say the explosion was caused by an asteroid that hit the Earth, entered the atmosphere at a slight angle, and then went back into space.

“We argue that the Tunguska event was caused by an iron asteroid body that passed through the Earth’s atmosphere and continued on its way into the solar orbit,” they say. If they are correct, the theory suggests that Earth is a hair’s breadth away from an even bigger catastrophe.

Khrennikov and his colleagues calculated that an icy body large enough to cause such a large explosion could travel no more than 300 kilometers through the atmosphere before completely evaporating. This suggests that the Tunguska meteorite could not have been formed from ice.

On the contrary, Khrennikov and his colleagues say that a different scenario fits the facts. They say the explosion was caused by an iron meteor the size of a football stadium. It had to pass through the upper atmosphere, quickly heat up, and then re-enter the solar system. The shockwave from this trajectory flattened the trees.

The shockwave would cause an explosion of the required force, and any vaporized iron would condense into dust that would be impossible to distinguish on the ground. Most importantly, this scenario would leave no visible asteroid remnants.

It could also explain reports of dust in the upper atmosphere over Europe after the impact.

If Khrennikov and his colleagues are right, then there was a successful catastrophe on Earth that morning. A direct collision with an asteroid 200 meters wide would devastate Siberia, leaving a crater 3 kilometers wide. It would also have disastrous consequences for the biosphere, possibly ending modern civilization.