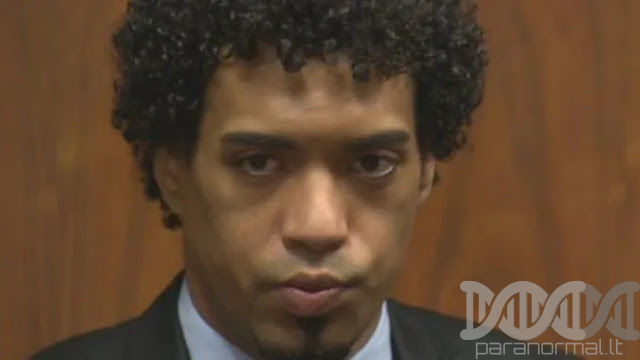 ANTIFA and Black Lives Matter leader, Micah Rhodes, who was found guilty of the statutory rapes of an underage girl and boy in 2018, has complained in a lawsuit that he is at risk of catching Covid-19 in prison.

“We [are] persistently at risk from COVID because we cannot keep socially distant,” said convicted sex offender Micah Rhodes. “We all hear coughs in our unit, and for some time people were not being seen by medical staff.

“Many of us are months away from release. We never wanted to die in prison.”

Micah Rhodes of Portland’s Resistance was arrested in 2014 and in 2015 for sexually abusing a minor girl and minor boy. During his trials, the county Sheriff revealed that Rhodes had a longstanding history of inappropriate contact with minors.

As an Antifa leader, Rhodes was frequently seen at marches and sitting in on meetings at Portland City Hall. He also was a leader of Portland’s Resistance, a group that formed after Donald Trump won the presidential election in November 2016.

He helped organize people during night after night of violent and destructive protests immediately after Trump’s victory.

Rhodes’ first case of sexual contact with a child was recorded in 2008, when a 9-year-old boy became a victim, a year later Rhodes, who was then 15, was found surrounded by three young children, whose age the authorities did not disclose.

Micah Rhodes’ complaint was met with sympathy by parts of the Oregon media.

A lawsuit is pushing for early release of Oregon prisoners at risk of COVID-19.

“The guidance on keeping vulnerable people safe from COVID-19 is clear: People must be able to stay far enough apart to prevent the spread of disease,” said Juan Chavez, civil rights project director for the Oregon Justice Resource Center. “If ODOC is unable to do its job due to physical and resource limitations and Gov. Brown is unwilling to make the required, complicated decisions about our prisons, then we need the courts in their role as overseers to keep people safe.”

The lawsuit included the accounts of several inmates, including one who reported a huge outbreak of COVID-19-like symptoms in mid-March.

Corey Constantin, an inmate at Columbia River Correctional Institution, said inmates were either too afraid or couldn’t get tested.

“We were all scared to get tested for COVID-19 because we knew we would be put in segregation but to my knowledge testing isn’t really happening here anyway,” he said.