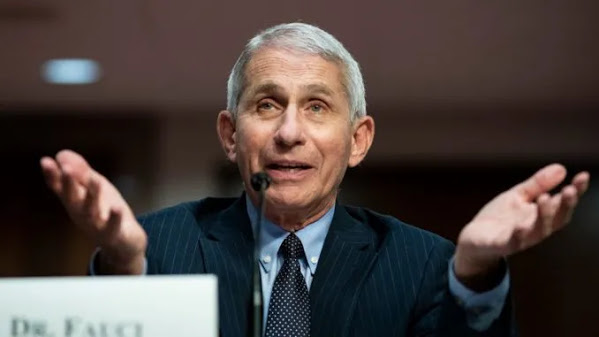 (Paranormal) US top infectious disease expert Dr. Anthony Fauci has admitted that he lied to Americans to manipulate their acceptance of a new Covid-19 vaccine.

Fauci an epidemiologist who is had of the U.S. National Institute of Allergy and Infectious Disease is revered as a hero by mainstream media outlets and Democrat politicians

His intentional deception involved estimates about what percentage of the population would need to be vaccinated to achieve herd immunity against the virus and enable a return to normalcy.

RT reports: Earlier this year, Fauci said 60-70 percent – a typical range for such a virus – but he moved the goalposts to 70-75 percent in television interviews about a month ago. Last week, he told CNBC that the magic number would be around “75, 80, 85 percent.”

When pressed on the moving target in a New York Times interview, Fauci said he purposely revised his estimates gradually. The newspaper, which posted the article on Thursday, said Fauci changed his answers partly based on “science” and partly on his hunch “that the country is finally ready to hear what he really thinks.”

“When polls said only about half of all Americans would take a vaccine, I was saying herd immunity would take 70 to 75 percent,” Fauci said.

Fauci added that he doesn’t know the real number but believes the range is 70-90 percent. He said it may take nearly 90 percent, but he won’t give that number because Americans might be discouraged, knowing that voluntary acceptance won’t be high enough to reach that goal.

The article was published on Fauci’s 80th birthday, which was celebrated in the nation’s capital as “Dr. Anthony Fauci Day” after being proclaimed as such by Washington’s Democrat mayor, Muriel Bowser. CNN and other media outlets covered the occasion glowingly, including Fauci being surprised with a “serenade” by emergency medical workers as he left his office at the National Institutes of Health on Wednesday. A CNN video of the serenade included an audio clip of President-elect Joe Biden and his wife, Jill Biden, singing the birthday song.