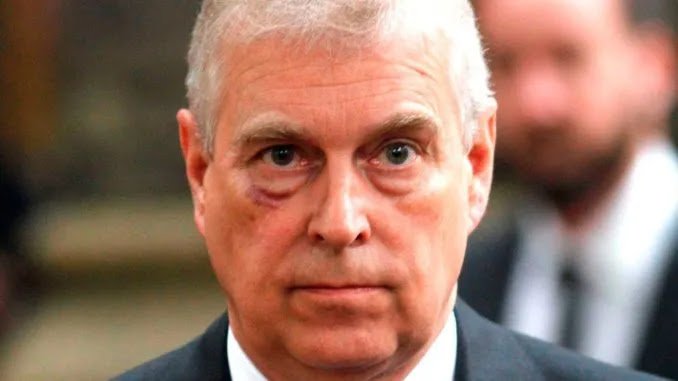 Prince Andrew has been warned he should ‘be very concerned’ after Ghislaine Maxwell lost her legal bid to keep sex secret court documents sealed.

Prince Andrew has in effect now received a clear warning to start cooperating with US investigators probing Jeffrey Epstein associate Ghislaine Maxwell’s past.

Last week Judge Loretta Preska ruled that court documents about Maxwell’s should be unsealed within a week and her lawyers now have just days left to launch an emergency appeal.

The Mirror reports: The British socialite lost a battle to keep highly “intrusive” questions about her sex life under wraps as well as documents pertaining to associates of Maxwell and the late paedophile Jeffrey Epstein.

Included are flights logs that showed the Duke of York aboard the sex offender’s jet.

Attorney Lisa Bloom, who ­represents some of the financier’s victims, told the Mirror: “Unsealing of the Maxwell documents is a ­positive step. Secrecy favours predators. Transparency helps victims.

“Anyone who was associated with Jeffrey Epstein and Ghislaine Maxwell should be very concerned.

“In particular, Prince Andrew should get ahead of this by ­cooperating with investigators as he promised to do months ago.”

The documents are from a civil case separate from the criminal proceedings against Maxwell that relate to an earlier period.

She is being held on suspicion of grooming and abusing three girls with Epstein from 1994 to 1997.

Yesterday New York Judge Loretta Preska granted the request to have the documents unsealed after a challenge by US media.

The justice said the public interest outweighs her objections they would embarrass or annoy people named in papers.

“Ms Maxwell proffers little more than her ipse dixit [say-so],” the judge said, allowing a week for her legal team to appeal.

They include police reports from Florida, where Epstein admitted state prostitution charges in 2007 in exchange for 13 months in jail.

The papers are part of a settled 2015 civil defamation lawsuit filed by Virginia Giuffre against Maxwell.

Some records, including parts of Maxwell’s deposition testimony, were released on August 9, 2019, one day before Epstein was found hanged in his cell while awaiting trial for underage sex trafficking.

Giuffre, 36, claims she was loaned out to the Duke of York three times by Epstein for sex, an allegation the Prince has emphatically denied.