Ghislaine Maxwell Complains About Jail, Wants To Be moved Out Of Solitary Confinement 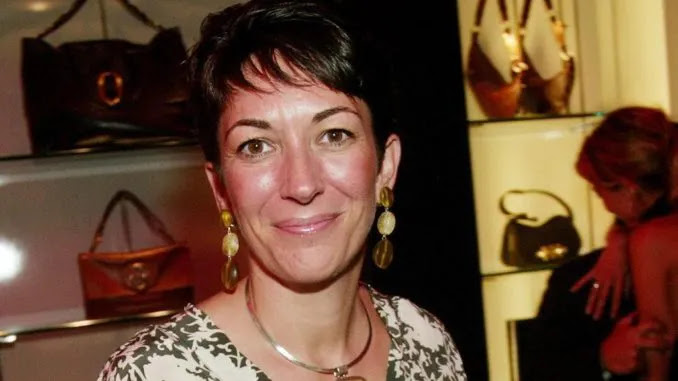 Maxwell is asking to be moved out of solitary confinement in a Brooklyn, New York, lock-up and into the jail’s general population so she can prepare for trial. According to her lawyer, she was recently taken off suicide watch.

She is being treated worse than other similarly situated pretrial detainees, which is significantly impacting her ability to prepare a defence,” her lawyer Christian Everdell claimed.

RT report: Arguing that she’s been “treated worse” than other prisoners “as a result of what occurred with Mr Epstein,” Maxwell’s lawyers claimed in a letter sent Monday that the “uniquely onerous conditions” of her imprisonment are preventing her from participating in her own defense.

Maxwell must be released into the general prison population and given increased access to a computer in order to prepare her defense, her lawyers demanded, adding that the government has still not revealed the names of the three victims she allegedly trafficked across state lines for sexual purposes. The 58-year-old socialite was arrested last month and charged with four counts related to the trafficking of young girls and two counts of perjury. While prosecutors have released “nearly 13,000 pages” of documents into evidence, they have not specified the names of the three girls Maxwell supposedly trafficked.

Noting that Epstein “is alleged to have engaged in misconduct with dozens, if not hundreds, of alleged victims,” the attorneys pointed out Maxwell can hardly be expected to guess which ones have accused her of grooming and abusing them between 1994 and 1997.

Her attorneys have apparently succeeded in having her taken off suicide watch, which involved her wearing “special clothing” and being woken by guards several times a night, but they complained she is still subject to multiple cell searches every day, “numerous body scans,” and guards listening in on her phone conversations. These precautions, the lawyers claimed, are purely “a reaction to the circumstances surrounding the pretrial detention and death of Mr Epstein” and thus unjustified, because Maxwell has never been suicidal in her life.

Of course, one might argue that Epstein was never suicidal either, until his still-unexplained “suicide attempt” while imprisoned with burly ex-cop Nicholas Tartaglione, accused of killing and burying four men in his backyard in a drug deal gone bad. Less than a month after that incident, the wealthy predator was dead of an apparent suicide, while the guards tasked with checking on him slept at their desks and falsified their records.

Unlike Epstein, who expired under those dubious circumstances in Manhattan’s Metropolitan Correctional Center, Maxwell is being held in Brooklyn’s Metropolitan Detention Center. Neither is known for the salubriousness of its accommodation, and acclimatizing to her new environment has no doubt been difficult for Maxwell, whose trial is set to begin in 11 months. She is unlikely to garner sympathy from the dozens of victims who have come forward to accuse her of trafficking them as young girls to Epstein and other powerful men, however.

Hundreds of pages of documents from a defamation suit filed by Epstein victim Virginia Roberts Giuffre last month revealed Maxwell was in contact with Epstein long after she claimed to have lost touch with him. The convicted sex offender replied to an email from Maxwell in 2015, telling her to go out and party because she’d “done nothing wrong” and should “start acting like it.” The documents also backed up claims that Epstein and Maxwell were trafficking the girls in order to blackmail politicians and other prominent figures.