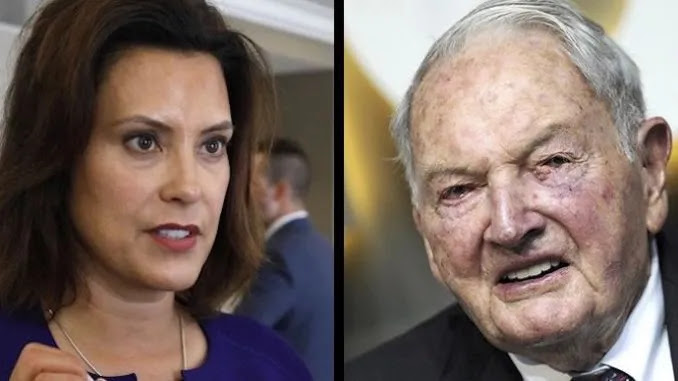 Seven states have joined forces with the Rockefeller Foundation in order to set up an interstate testing compact for COVID-19 testing.

The bipartisan group of governors, including Gov. Gretchen Whitmer, has joined the Rockefeller Foundation to pursue a deal for 3.5 million coronavirus antigen tests, as part of a push to massively increase testing, contract tracing and “targeted isolation.”

Maryland Gov. Larry Hogan negotiated the deal with the Rockefeller Foundation in “the first interstate testing compact of its kind among governors during the COVID-19 pandemic,” Hogan’s office announced in a statement Tuesday.

Gov. Hogan, fellow Republican Govs. Charlie Baker of Massachusetts and Mike DeWine of Ohio, and Democrat Govs. John Bel Edwards of Louisiana, Gretchen Whitmer of Michigan and Ralph Northam of Virginia, all signed on to the agreement, and “additional states, cities, and local governments may join the compact in the coming days and weeks.”

Democrat Gov. Roy Cooper of North Carolina has also announced he will enter his state into the group.

The Rockefeller Foundation also published a “national action plan“, announcing the investment of an additional $50 million “toward realizing the emergency requirements we outline in this updated plan.“

First, we need to massively scale up fast, cheap screening tests to identify asymptomatic Americans who are currently infected. Today the country conducts almost zero such tests, and we need at least 25 million per week for schools, health facilities, and essential workers to function safely. Teachers, healthcare workers, grocery store workers: these are the real heroes of this crisis, and they should be able to support our country without the all-consuming fear that they’re jeopardizing their lives or the lives of their loved ones.

Second, we need to dramatically reduce the processing time for diagnostic tests, from the current 5-14 days to a 48-hour standard turnaround time that every state and community should meet. Many businesses that are privately contracting with lab companies already meet this standard. We propose a public-private collaboration between government, lab companies, and scientists in order to alleviate the very basic constraints that are leading to these extraordinary delays.

Third, this reinvestment in testing must be tied to the basics of any pandemic response to really work: clear public health communications from trusted community leaders, and robust contact tracing and support for targeted isolation to reduce the contagion of the disease.