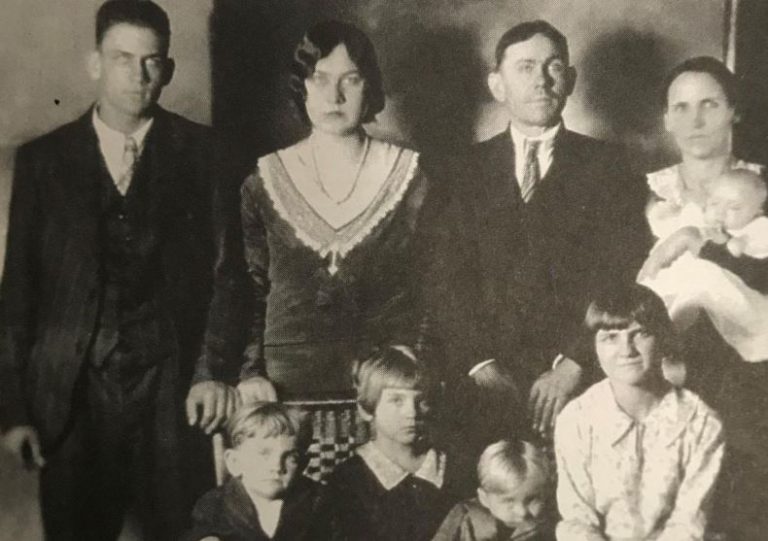 The lonesome cabin that once stood on Brooke Cove Road in Stokes County, North Carolina, is widely referred to as the old Lawson home. The house was the backdrop for a brutal murder that left 8 people dead, and the land haunted by spirits that have never been able to move on.

On a snowy Christmas day in 1929, Charlie Lawson, a well respected tobacco farmer, unexplainably shot and bludgeoned to death his wife, and six of his seven children before turning the shotgun on himself in the woods near the cabin.

No one will ever know the reason for Charlie’s actions. Some say he was crazy; driven mad by a head injury he sustained while plowing the land on the farm. There have been rumors that Charlie was having an incestuous relationship with his oldest daughter, Marie, and when she became pregnant, he couldn’t bear the shame that would befall him and his family.

Still others claim that Charlie Lawson was a monster, with an evil lurking beneath the surface just waiting for the perfect moment to spill forth. 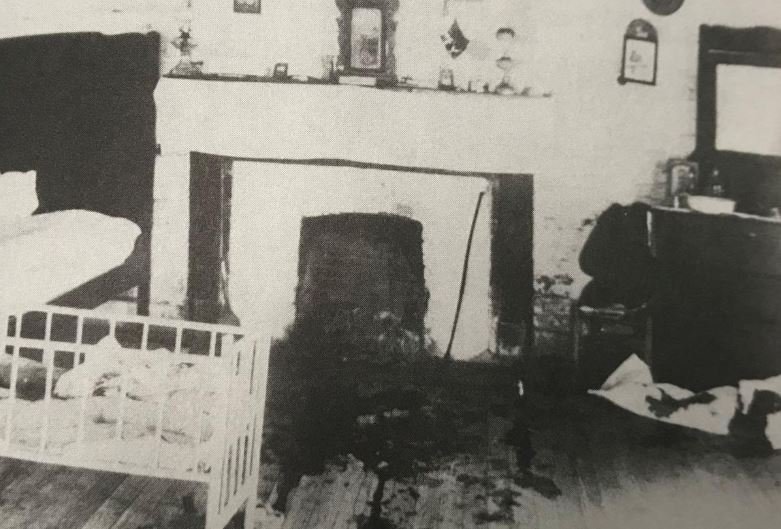 After the killings, Charlie Lawson and his family were buried in a mass grave in nearby Walnut Cove. Because of strict baptist beliefs of the time, the mass grave in which the bodies were buried are actually located just outside of the hallowed ground of the church.

It is for this reason that many believe the spirits of the Lawson family can’t find peace in death. Among other strange happenings at the gravesite, it’s reported that nothing, not even leaves in the fall, can ever be placed on the grave.

Shortly after the murders, the cabin was turned into a tourist attraction, with folks driving from miles around just to catch a glimpse of the home where the horror took place. Many people reported feelings of dread, a suffocating sadness that surrounded and engulfed them.

The home was finally closed to the public, but that didn’t deter curious onlookers from sneaking in the old home, hoping to find any evidence of spiritual activity. And sometimes, people get just what they’re looking for.

More than a few folks have reported seeing two small children playing in and around the Lawson home, only later to see a picture of the Lawson family, and realize that the children they were seeing were actually ghosts of the murdered kids. 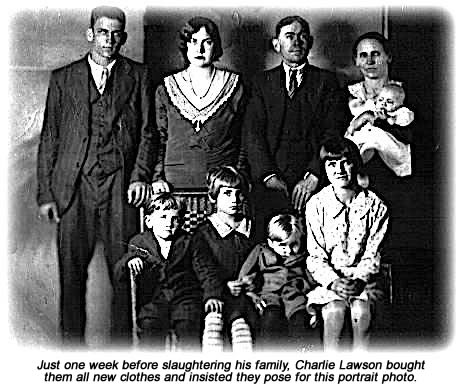 Sometime after the home was closed, the floorboards of the cabin were supposedly pulled up and used to build a bridge across the creek that ran through the land, and down through the county. It was when the construction of the bridge was complete that the stories of supernatural happenings began to spring up.

When driving across the bridge, an eerie fog will reportedly surround the car, and the vehicle unexplainably shuts off. As condensation appears on the windows, small handprints begin to cover the windows and windshield. 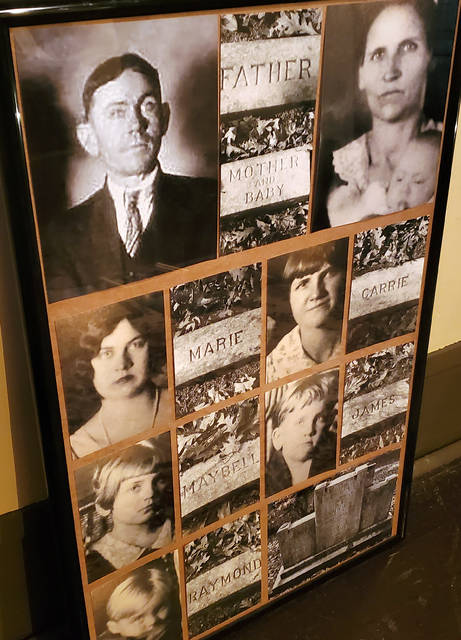 When the driver finally does get the car started, an early 1930’s model car chases the car, following closely, driving erratically, through the winding roads of the county before disappearing into the night just as quickly as it appeared.

The small handprints have been attributed to the ghosts of Charlie Lawson’s murdered children for years. But what about the ghostly lights that chase people down the roads through the county? It could be explained away by scientific abnormalities.

Or it could just be the ghost of Charlie Lawson, chasing thrill-seekers through the night, hoping to catch them and drag them down into the darkness where his ghostly spirit undoubtedly resides.