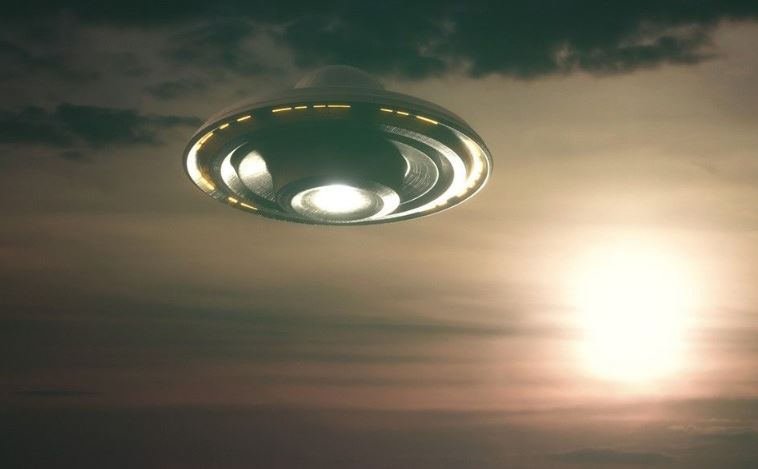 Isla de Lobos is a small island a few miles off the Uruguayan coast, just where the River Plate meets the Atlantic Ocean. Its name means literally “island of the fur seals”, as these animals roam freely, and it is a lonely place where the only outstanding feature is the lighthouse.

The maintenance of this lighthouse is the responsibility of the Navy, and for that purpose a small garrison of 4 or 5 men is kept on the island. Their main task is to attend to the electric generators, as the actual operation of the beam is automatic. It is a routine and non-stressing job, and the tours of duty are 15 days in and 15 days out.

On the night of October 28, 1972, there were five men at the house which serves as headquarters for the Navy personnel: the witness, Corporal Juan Fuentes Figueroa; two enlisted men, Jose Gomez and Hector Gimenez; a telegraph operator, Jose Lima; and the sub-officer in charge, Francisco Cascudo.

After dinner, the men sat around the table for a while, talking and playing cards, until at 10:10 PM it was time for Corporal Fuentes to inspect the generators, which are located at the base of the lighthouse proper.

The lighthouse is a 66-meter-high tower sitting at the center of a large building which contains the electric generators, the telegraph office and other dependencies. The top of this building is a flat terrace, which is about 6 meters above the adjacent terrain (Fig.1). The house where the garrison lives is at a distance of 45 meters from the lighthouse.

As soon as Cpt. Fuentes started to walk toward the lighthouse, he noticed on top of the terrace some lights that shouldn’t be there. In fact, he thought first of a car, a complete impossibility, and his reaction was to return to the house and procure a pistol that he had in his room.

To do this, he didn’t have to pass through the kitchen where the other men were, so he didn’t speak to them. As will be discussed later, this behavior is typical of the personality of the witness.

Carrying the pistol, he went outside again and started walking decisively but not fast toward the lighthouse, meanwhile removing the safety from the gun and ****ing it. As he advanced, he noted that the object had several lights: some white, some yellowish, and a third color that he describes as violet, as in the “rainbow”.

Those lights were sufficient to allow him a good view, and he saw that a figure was next to the object and that a second was in the process of descending. A third and taller figure started to descend almost at once, but at the same moment, the initial two figures noticed Fuentes progressing toward them. They had what appeared to Fuentes as a moment of communication, and all three of them faced him.

By that time, Fuentes was at about 27 meters from the object, which, we will recall, was on the top of a 6-meter terrace. Hence, the object was above him, and he started to raise his extended arm to shoot. He was never to complete his motion, as the entities prevented him, from doing so.

Fuente, a man of limited education, tried in vain to explain to the investigators how this was accomplished. It was not telepathy, and he felt some physical effects, like a “vibration” and his hair standing on end; but more than anything else it was like a premonition, in his words like: “Don’t shoot because it is useless”. At any rate, he felt paralyzed and confused, and was unable to shoot.

The action continued rather fast: the entities reentered their craft, the tallest one first. Although Fuentes did not see steps or a handrail, he could see quite well the motion of the figures against the lights of the object, outlined by the light coming out through the open door.

He is certain that there were steps, as while the entities were climbing up with their backs toward the witness, their motions were like those of a person pulling himself up with handrails.

The door closed sideways, and the craft started to move straight up, emitting a humming sound until it reached about 45 meters, as judged by the adjacent lighthouse tower. It then tilted, belched a blinding fireball from the bottom, and disappeared in silence at a tremendous speed toward the southeast.

The witness returned to the house, where the other men noticed him white as a paper and still with a gun in hand. When he said that he had seen a flying saucer, he was not believed, except perhaps by Sub-Officer Cascudo.

Corporal Fuentes was rather upset that his equals and his immediate superiors were dubious of his story, and was planning when he returned to Montevideo to go to one of the leading newspapers and make his experience public.

However, before this was accomplished, he was ordered to report to a higher ranking officer, who carefully listened to what Fuentes had to say. He then disappeared into an office in which two members of the personnel of the American Embassy had been waiting.

According to Fuentes, they were officers of the “Spatial Affair Service”, (sic) and their presence in the Command Offices was not unusual. Fuentes was left waiting in the corridor, and after a while someone came out and offered him some drawings for inspection and asked him to select the one closest to what hi has seen.

He did so and was dismissed. He never talked directly to the Americans, but from the conversation overheard through the door, he concluded that they were surprised at the short distance of Fuente’s observation. And I am amazed at the continuous interest shown by American Embassies in collecting information about a phenomenon that we have been told many times does not exist…

While the whole incident lasted about one minute, Corporal Fuentes had the object in direct view for more than about 15 seconds. It was well illuminated by its own lights, and it was fortuitous that the external lights usually illuminating the exterior of the installations were not in operation that night.

If the floodlights had been on, they would have prevented a clear view by the witness, even blinding him at the location of the observation. As things turned out, he observed the entities in the background light of their own craft, and even if this prevented him from seeing facial details, for example, their outline and motions were quite evident.

When Corporal Fuentes started to walk toward the lighthouse, the first entity was already on the terrace, while the second was alighting from the craft. These two entities were about 1.50 m. (5 ft), while the third one, the last to descend, was 1.75-1.80 m. (6 ft).

Thus, their heights were within the normal human limits (Fig. 2). Their silhouettes were dark, as if they were wearing heavy black rubber suits. The witness attributed their slow and deliberate motions to the weight of their suits, and thinks that his presence surprised the strangers at the beginning of an operation never to be completed.

Their descent from the craft was done backwards, as if using a ladder not seen by the witness. Likewise, when they climbed back into the object, their motions were those of a person pulling himself up using handrails.

The most distinctive feature of the entities, clearly noticeable in the profile view that they offered to the witness, was the elongated shape of the back o their heads. It is not clear if this corresponds to the heads themselves, or it is was the result of some type of hood or garment.

The craft itself had the shape of an inverted bowl, with a diameter of between 4 and 5 meters. It had a dome on top and a rectangular aperture or door, used by the entities to descend (Fig. 3). It also had legs, which the witness saw clearly during the first stage of the departure. as the craft was slowly gaining altitude. Those legs did not fold like the landing gear of a plane, but retracted telescopically.

The surface of the craft was undoubtedly metallic, with a somewhat reddish color that Fuentes compared to mahogany. The most distinctive feature of the object was the antenna that topped it, shaped like a corkscrew and rotating.

The lights have already been described, and it only is necessary to add that they seemed to Fuentes like “little squares”, moving and flashing like “an advertising sign”.

What was that? Real encounter with aliens? Or something else?