The Mysterious Story Behind The Maud’s Grave 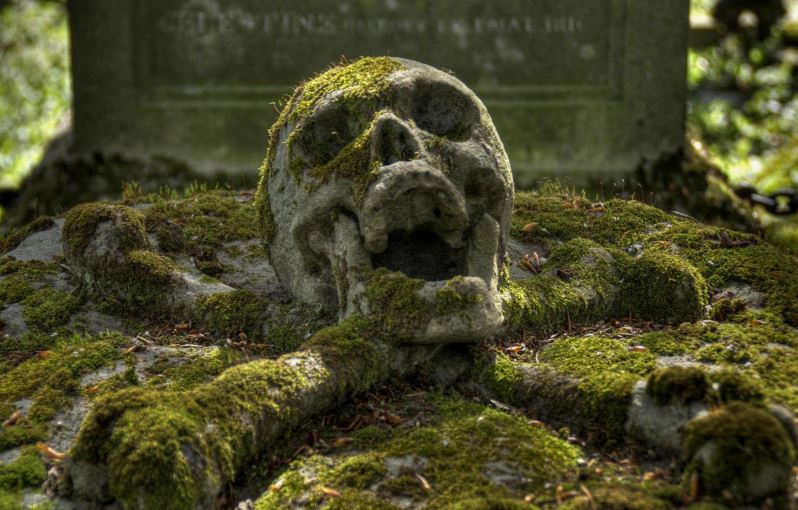 In the Hell Hollow area of the Pachaug State Forest, there are multiple local legends regarding Maud’s (or Maude’s) Grave. It has become a place shrouded in a bit of mystery and legend, and one that seems to draw ghost hunters and curiosity seekers, as well as a number of bored teenagers.

So who was Maud, and why is her grave so troubled? Some claim she was a witch who was persecuted by the locals and then hanged, while others claim that she was the daughter of a witch who was tortured and killed.

Another group will tell you that she was simply a child who got lost in the woods or died of smallpox. Then there are others who think she is related to the screaming spirit of a Native American woman slain by British soldiers.

Or it could be all of the above. Or not.

According to the best-researched account we can find (from The Day of New London), Maud Reynolds was almost 2 years old when she died in October of 1890.

The death certificate states the cause of her death as diphtheria, a common and sometimes fatal ailment in the 19th century, but there some accounts suggesting that family members thought she may have choked on a piece of apple.

For reasons only known to her family, she wasn’t buried with other deceased relatives in the Reynolds family cemetery, but instead was laid to rest in a spot closer to their home — some speculate it was so that the 5-foot-tall cement cross that originally marked her grave could be seen from the house by her grieving parents.

The cross has since been knocked down, and now Maud’s unmarked grave is now in the middle of woods; at the time of her death, it was at the edge of a field belonging to the family farm, but that has long since been reclaimed by the surrounding landscape. 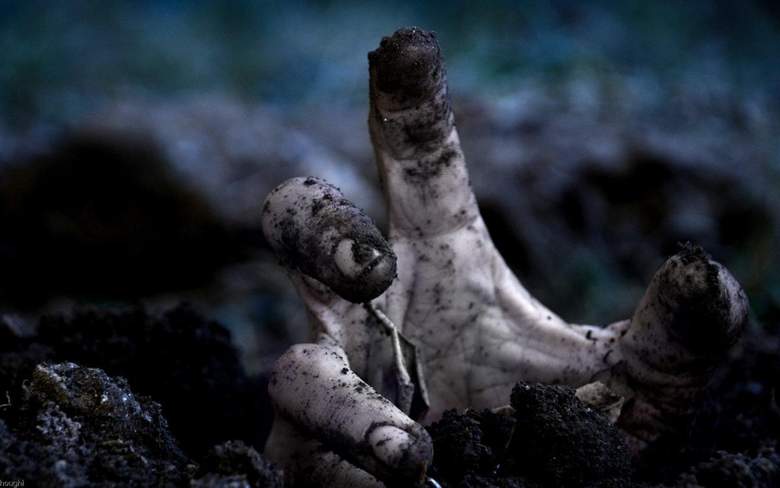 Apparently, there is another more popular grave site nearby in the Sterling end of Hell Hollow, marked with a broken head stone inscribed Maud. The dates (1647-1654) don’t match those of Maud Reynolds, and as it made of cement (unusual for grave markers), there’s speculation that it’s a hoax, or simply someone else named Maud.

This one is better known, and seems to be the one most of the legends surrounds, and thus, draws more attention. We haven’t been able to find any specific stories of witch persecution or execution in the area, but that certainly doesn’t mean it didn’t happen.

In addition to these two stories, there’s also a legend of a Native American woman who was killed by early colonists in the late 18th century, and whose screams can still be heard in the forest today.

As you might imagine, a mysterious grave in the forest has inspired many legends and “friend of a friend”-type stories, the most popular of which is along the lines of “teenagers party on or desecrate the grave, and then soon meet tragic deaths.”

Others suggest that by simply coming close to the grave is enough to upset Maud, and she will move the rocks on her grave in protest. Also, it’s alleged that by simply saying her name aloud in the vicinity of her grave can bring about a curse that will follow you home.

Of course, everything from ghosts and spirit mists to orbs and cold spots have been experienced here. The disembodied cries of a young girl have also been reported, and others have recorded EVPs.

In addition to supposed feelings of dread, there are also urban legend-like accounts of a mysterious woman instantaneously appearing in the middle of the roadway, getting hit by a car, but not actually leaving a solid corpse behind.

So although Maud may has long been laid to rest, many believe she’s not resting peacefully.