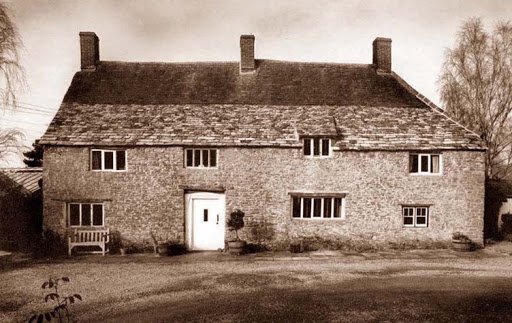 Kildubhan was the adopted home of the poet Sir Henry Rupert Barnsley Applegate who like many was captivated by the Black Riveror Old Man Black as it meandered through the rich countryside on its way through Kildubhan. However, many have postulated that the River hides a darker tale beneath its pastoral beauty and indeed, the village today is a much more somber place to be.

The birth of Kildubhan (pronounced Kil-Doo-‘n) is unclear as the village has never been large or notable enough to feature prominently in records of the area. However, a few points of interest can be remarked upon. The name Kildubhan is of Irish Gaelic creation, although its exact meaning is difficult to ascertain.

The prefix “Kil” refers equally in Irish towns to a church or monastery, or a wooded area. Since Kildubhan possesses both it is unclear which feature gives the village its name, though the use of “Dubhan” a derivation of “Dubh” meaning “black” perhaps lends itself more to a shadowy copse than to a place of Christian worship.

Interestingly an attempt was made by Abraham Shem Kinkedd in the mid 18th Century to anglicize the name of the village thus some early records refer to “Kildown” and in one or two instances ”Kildoon”. However it seems that this transition was unpopular in the village coming as it did from the suggestion of a wealthy Englishman. Abraham quickly revised his approach and subsequently performed a remarkable turnaround, changing his own surname from “Kidd” to “Kinkedd” in an attempt to integrate more closely with his Irish neighbours.

The opinion is divided as to whether the Black River or “Abhainn Dubh” takes its name from Kildubhan or whether the reverse is true, however still more commentators suggest that the village may take its name from a quite different source. Many believe that St. Dubhan, a Welsh Monk active in Southern Ireland in the fifth century may have stopped briefly in the area of the village.

This notion would certainly put the name Kildubhan in a more definite light meaning literally “The Church of St Dubhan”. However, many historians are quick to dispel this theory pointing out that St Dubhan’s activities took place in Eastern Ireland, most notably County Wexford which sits at the opposite coast to Kildubhan. Nonetheless the idea of a saintly origin is still popular among the villagers.

A little over two miles from Kildubhan stands the true hamlet of Killenis Dubh notable only for its being the source of the infamous Black River. Several theories exist as to why the river is associated with the colour black; some simply consider it to be unlucky, others suggest that the river may actually have an underground source of some sort possibly originating in Hell itself. Another altogether more likely explanation is that the name recalls the mass dumping of bubonic plague ridden corpses in the river during the Black Death.

Whatever the true nature of the Black River may be, the longevity and prevalence of its influence upon the locale cannot be denied. The River is popularly associated in Kildubhan with “The Thoughts of Yesterday” a local legend which suggests that Black River House continues to be inhabited by the consciousness of every generation to have inhabited it.

Some villagers even go so far as to suggest that the babbling waters of the river actually contain the voices of these past Kildubhan residents. These notions have persisted into present times, and it is known from the diary of Black River House murderer John Marchant that his studies into local history and folklore led him to take an increasing interest in the river, spending more and more time on its banks as he gradually withdrew from public life.

Still more disturbing are the countless references to John Marchant and his preoccupation with the river in the music of lost band The Secret Method. Their music makes reference to the river time and time again questioning, like generations before them, its source, its journey and its nature.

In 1998 a proposal to change the name of the Black River from “Abhainn Dubh” to “Abhainn Nua” (The New River) was finally dropped completely. The initiative, brought by County Clare Authorities in 1997 as an attempt to break cleanly with the tragic events of recent years was deemed disrespectful to the long history of both the river and the village.

As was observed by the villagers at the time, the Black River House Murders of 1992 and the subsequent disappearance of The Secret Method were the most recent, but by no means the only difficult or ignominious events to have occurred in the town’s long and turbulent history. Not without reason, they argued, was the Black River so called.

The Black River House Murders of 1992 represent one of the most baffling unsolved crime cases of recent history. They also demonstrate the shameful willingness of the Authorities on both sides of the Irish Sea to cover up any occurrences which they have proved themselves utterly incapable of solving. The orchestrated lack of publicity surrounding the bizarre and horrifying events which occurred within the walls of Black River House must stop immediately if any understanding of the case is ever to be achieved. A brief history of the case is set out below…

In Spring 1992, the centuries old tradition of the Kinkedd family inhabiting Black River House was broken and with the passing of Francis Montague Kinkedd, the last of the family to remain in Ireland, the house was put up for sale. Within weeks the house had a buyer, a family man whose name until recently, was not available to the public for “legal reasons”.

John Victor Marchant, 37 from Reading, bought Black River House outright in April 1992 and moved in at the beginning of May. Apparently a good natured family man, John was by all accounts devoted to his wife Carole and their three children and was pursuing a lifelong dream of raising his family in the country.

A graphic designer by trade, John is understood to have harboured a healthy enthusiasm for the supernatural and the unexplained. There is little doubt that this contributed to his interest in researching the history of the House and the rich folklore surrounding the Village of Kildubhan.

Shortly after John began his investigations, things began to take a turn for the worse. Despite the best efforts of the locals, John is reported to have begun to act strangely, becoming more withdrawn and secretive as the months passed. John and his family had initially immersed themselves in the local culture and contributed handsomely to the restoration of the local Kirk. However, almost without warning John seems to have developed strange notions of persecution and ridicule, and withdrawn both himself and his financial weight from public life.

Little is known about John’s descent from here on in, but a series of reckless actions could only have contributed to the hastening tragedy. John is believed to have entered into a brief adulterous relationship with the daughter of the local butcher, Stephen Brookes, a well respected member of the community.

The affair did little for John’s relations with the townsfolk and some question remains as to an alleged affair between John’s Wife and a local farmhand. John also began to make claims at this time that a “presence” or indeed “presences” existed within the house who were contriving to make his life a dismal failure.

This behaviour struck a raw nerve with the people of Kildubhan who had for generations been tied up with the original inhabitants of the house. The local legend, universally adhered to, was that the spirits of all the generations of the wealthy Kinkedd Family lived on within the very fabric of its walls.“The Thoughts of Yesterday” as the locals collectively name these phenomena are to this day a subject of deep religious taboo, seldom broached save to honour an unspoken treaty of mutual non interference.

On the 17th November 1992, after a blazing argument with several locals in The Dead Duck, Kildubhan’s only public house, John was seen for the very last time in the village. He retreated with his family to Black River House where raised voices were heard over the next two nights.

By the morning of the third day everything was silent, and when the alarm was raised by Faith Harrigan a friend of Carole Marchant, the police forced entry into the building. They searched the house and found little of consequence until they approached “The Chapel”, a high gabled building then in the process of restoration, having lain empty for decades.

On entry they were confronted by the motionless figures of John’s wife and children, all slumped against the wall, all with their throats slashed and all staring wide eyed toward the ceiling. When the police followed the deathly gaze they found the body of Marchant himself, hanging from the beams. No explanation has ever been satisfactorily submitted as to how this ascent to the ceiling, fourteen feet high at its apex, was possible in a room with no visible aid.

The Scene: Retracing The Events

In examining the circumstances and the specific events carried out in the murder of the Marchant family many distressing details have of course been uncovered. Murder is an horrific and despicable crime although the characteristics of this particular case are especially harrowing given the youth of many of the victims and the position of the murderer in their lives.

However, many questions remain unanswered about the case and for this reason it is essential that every detail, however disturbing, is laid open for analysis.

By midday on November 20th, Detective Inspector Ray Watson was summoned while police took statements from Faith Harrigan and other villagers including Diarmuid O’Neill a local farm worker who had found himself bearing the brunt of Marchant’s vitriol on the night of the 17th. D. I. Watson arrived at the scene and took over control of the investigation at 1.15pm.

The pathologist, Dr Sean Boland, arrived at the scene shortly afterwards. Itseemed immediately apparent that John Marchant had murdered his entire family before going on to hang himself, a theory that has never been challenged save for the technicalities of Marchant’s suicide. The following details were noted at the scene.