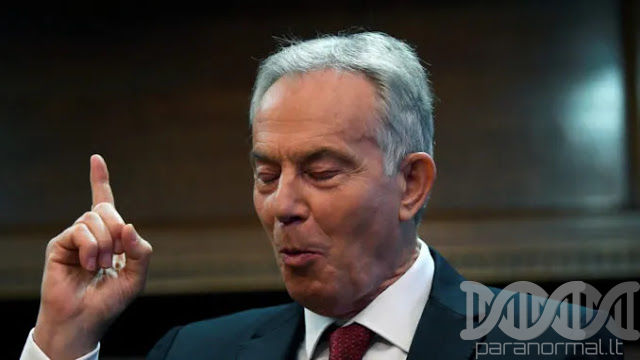 Former British PM says that a digital version of an ID card is urgently needed so that people can prove their Covid-19 “disease status” as the world transitions out of lockdown.

RT reports: Speaking at the Virtual CogX technology conference on Tuesday, Blair argued that it’s only when citizens can easily show they’re coronavirus-free that sectors such as international travel will be able to restart.

The former UK Labour prime minister insisted that such a system would operate alongside the government’s track-and-trace program as the economy is rebooted.

“It’s a natural evolution of the way that we’re going to use technology in any event to transact daily life, and this Covid crisis gives an additional reason for doing that.“

The Tony Blair Institute for Global Change, which has been making a range of coronavirus response recommendations to leaders around the world, published a paper on Tuesday calling for a digital health ‘passport’.

Under the proposals, people would download a digital wallet app secured with either a fingerprint scan or facial recognition. This would allow them access to their personal health data, such as a test proving they’re Covid-19 free.

Perhaps in expectation that he would face similar criticism this time round, Blair claimed a digital form of ID could be “easily protected, so you can deal with a lot of the privacy and surveillance issues that worry people.”

This latest intervention in the civil liberties debate has provoked much anger on social media, with some suggesting this ID scheme, like the last, is likely to be a waste of money and end up in the trash.

Former UK Independence Party leader and Member of the European Parliament Gerard Batten suggested Blair was taking his orders from owners of big corporations, raging: “See how this piece of s**t earns his millions from his globalist paymasters?”

Even a self-described “Tony Blair fan” voiced his disapproval, saying such a scheme, which requires citizens to have the appropriate technology, would lead to a “two-tier world, or digital ID for the rich.”

Others joked that people really shouldn’t get so riled about Blair’s proposition, insisting – perhaps with a heavy dose of sarcasm – that this “kind-hearted soul” simply cares about everyone’s health and just wants to make sure “we’re all safe and accounted for.”